Cavorting in the Caucasus: Bodbe Convent and the Village of Sighnaghi

One of the day trips that I did while I was in Georgia was go to the easternmost part of the country. The Kakheti Region is famous for the wines that are produced there. It also is the located of the convent that is made famous by Saint Nino, whose remains apparently are stored in the complex. So for this day trip, together with my Irish friend who I met in the hostel in Armenia, we visited the Bodbe Convent, as well as the town of Sighnaghi, which, somehow, reminds me of Italy. 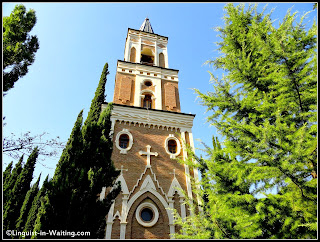 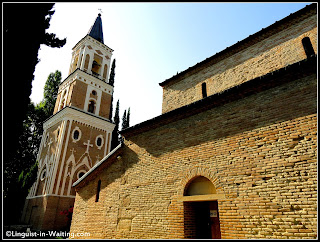 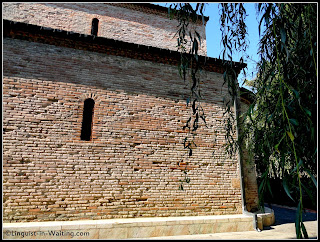 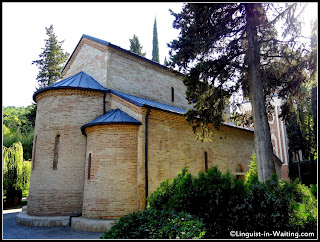 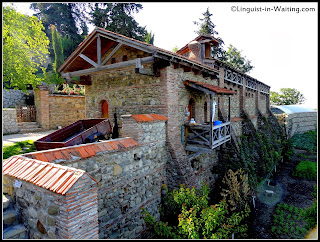 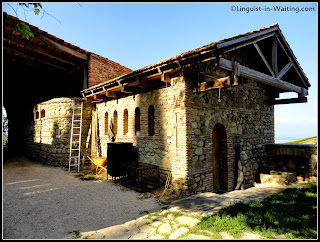 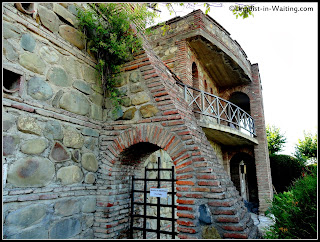 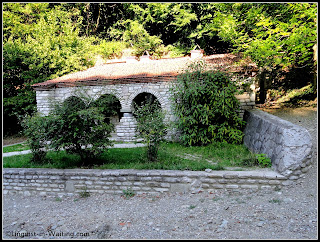 The above pictures were taken from the Bodbe Convent. Somehow, it exudes a very different atmosphere from the other religious sites that I have already seen in this country. Instead of having a dark and geometrically stark exterior, the Bodbe Convent looks like some western European religious compound.

We entered the church, which is depicted by a few photos above. Unfortunately, photography was not permitted inside. We also tried to find the well where holy water is believed to spring out of. When we followed the long descending path (thinking that this would be a very hard climb back up), at the end we saw a small building, and there was water emanating from it. Well, we didn't get to see the water, because there were so many pilgrims and other religious-minded people who were clutching towels and bottles, as they wanted to bathe and bottle some of the holy water springing from the hole. 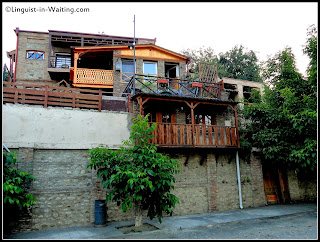 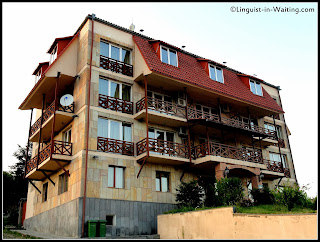 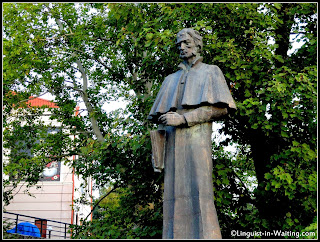 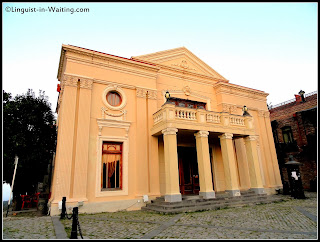 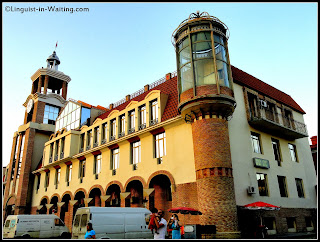 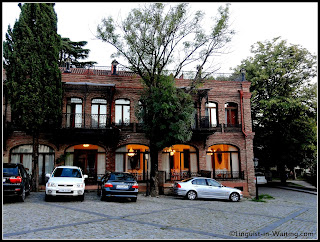 After visiting the convent, we headed to the small town of Sighnaghi, which is just a few kilometers away. From afar, it looked like Italy. I have no idea why, but it felt like the Amalfi Coast, not that I have been to the Amalfi Coast, but the terraced geography, as well as the color of the houses, made it seem so. 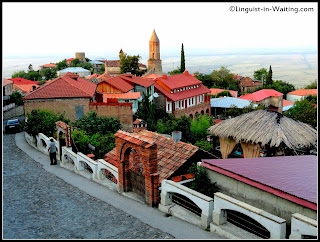 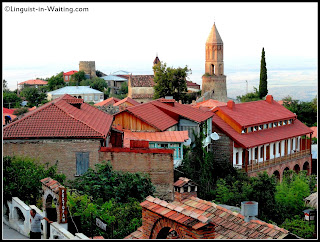 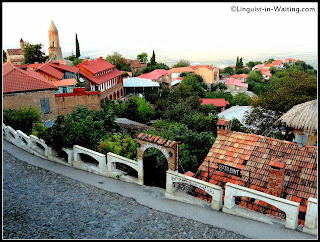 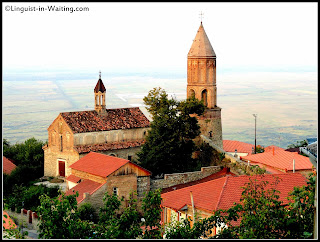 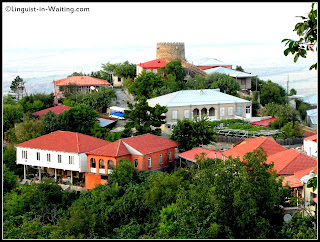 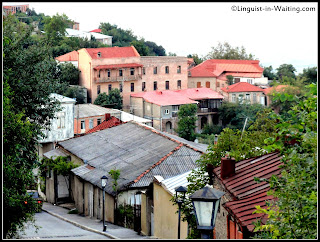 Of course, it is easier to imagine what I am saying if I give you some panorama pictures, so the above photos show you what I mean. It didn't feel like the landscape that I have seen in Tbilisi, it was something totally different. It was idyllic, peaceful, and something out of this world.

As this was also the wine-producing area, we did go for wine-tasting. I tried 4 white wines, a red wine, and of course, the Georgian chacha. That was one powerful stuff. In the end, when we returned back to Tbilisi late that night, I was already drunk, and ready to sleep in my hostel bed.