Meandering in Malta: The Carmelite Church in Mdina

I've found myself coming back to Mdina more than once. After all, it was a transport hub of some sort, and besides, I just loved the idea of a quiet walled city. So one day, I took another stroll, and found myself in the Carmelite Church. It was built in the latter half of the 17th century, and is rather exceptional in being a Baroque church that was built with the shape of an ellipse. 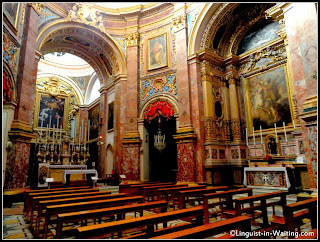 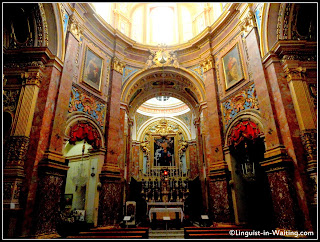 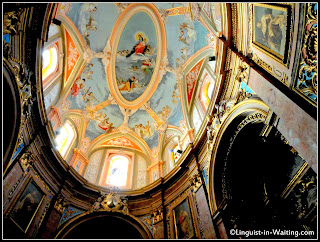 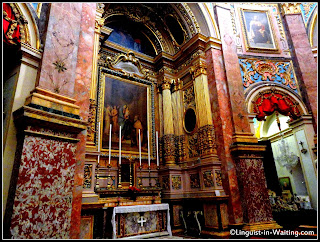 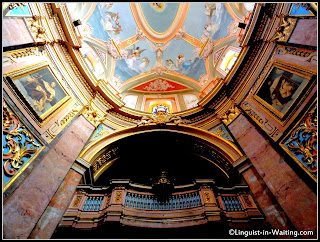 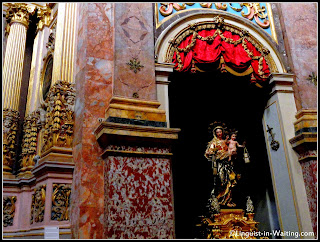 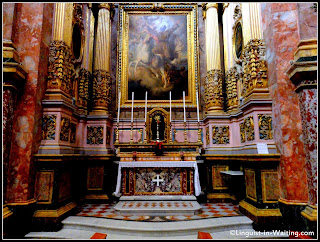 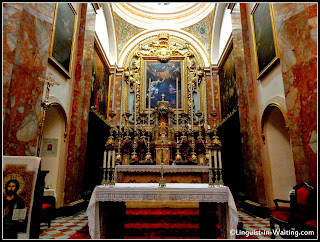 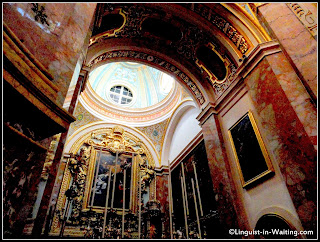 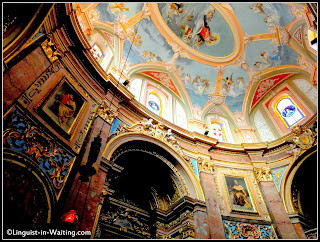 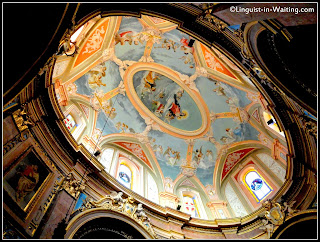 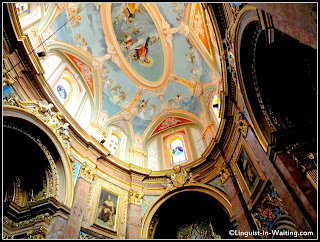 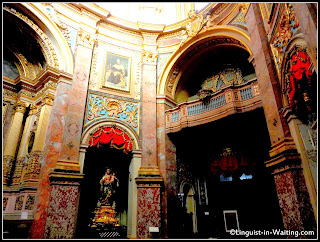 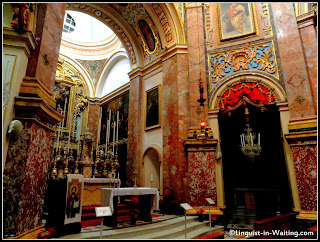 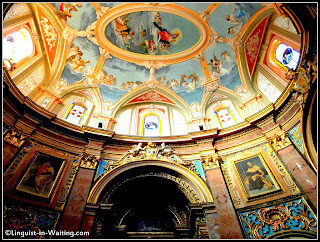 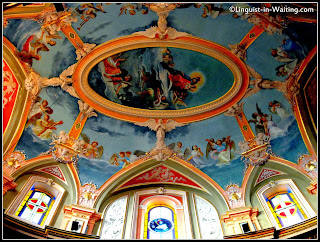 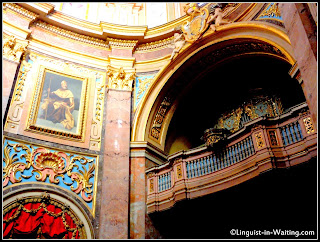 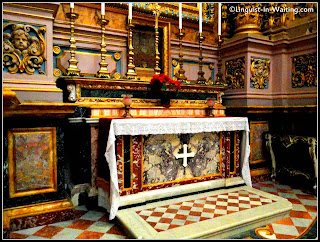 It is a very typical Baroque church, with colorful marble interacting with the various intricate decorations inside. There were plenty of interesting paintings that were displayed. Although truth be told, I almost missed this church from the outside, as it isn't the most glamorous building when one is on the streets. You'd probably just pass by it walking along the narrow street, unlike the cathedral of Mdina, which is located upon a rather large plaza in the middle of the walled city.