As I said in a previous post, I will cover several larger temples in the Bagan area in their own separate posts. So I will start with the Mingalar Zedi, a brick stupa found in the eastern plain. Until now, the stupas I have seen in the country are golden, but this one was made in brick. It was built in 1284 during the reign of King Narathihapate, also known as Sithu IV. According to Wikipedia, this stupa is one of the few temples in the area that has a full set of terra cotta tiles depicting the Jataka tales. 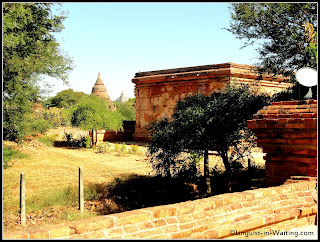 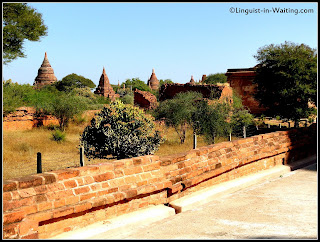 Its surroundings are also full of brick temples, as you can see in the pictures above. However, this one was considerably larger and more imposing than the temples around it, and therefore it carried some additional weight, so to speak. 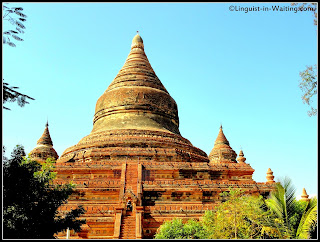 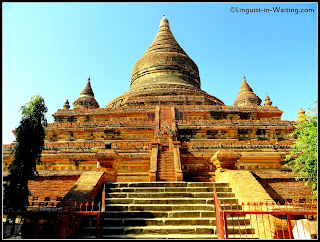 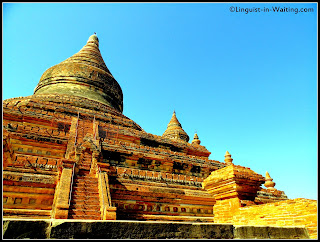 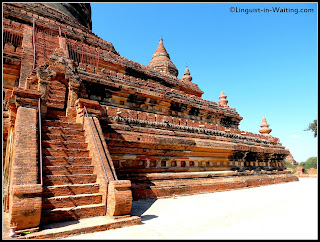 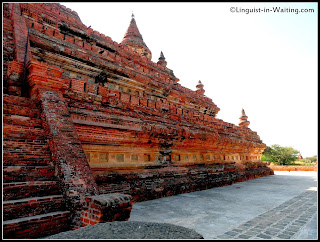 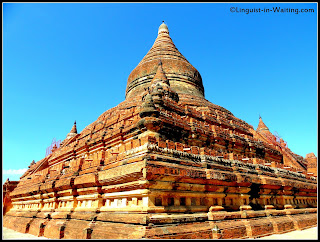 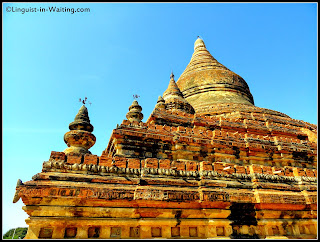 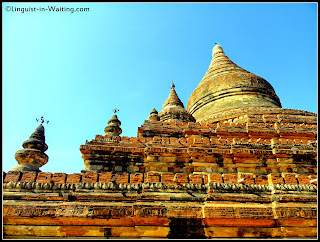 You may notice that while there is a round aspect in this structure, the base is square. One is allowed to climb up the steps, and observe the wide expansive plain. This architectural motif is present in plenty of Burmese Buddhist temples, albeit with a few slight variations. I spent a few moments here as it wasn't too crowded when I visited, as the other tourists were busy with the other temples in the area I suppose. As this temple is located in the eastern plain, there isn't much to see in the western side, just the river. The other temples are to the east, which, in the morning, would be illuminated by the bright sun.