Hobnobbing in the Holy Land: Church of the Visitation in Ein Karem

After visiting the Avshalom Cave outside Jerusalem, we went and visited some other sites outside the city. With our car, we went to Ein Karem, which is a village that used to be outside Jerusalem, but is now part of the municipality. According to Christian tradition, this village is important due to several events that are ascribed to have occurred here, all in relation to John the Baptist and Mary.

There are two churches that plenty of visitors to Ein Karem pay a visit to. The first is the Church of Saint John the Baptist. While we were there, there were plenty of religious visitors and therefore we weren't able to take our time and appreciate the church. So instead we went across the main road to head to the Church of the Visitation instead. 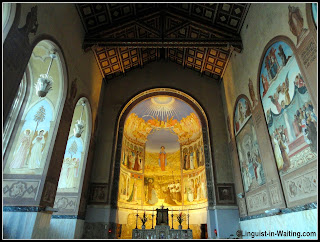 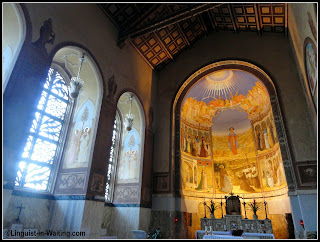 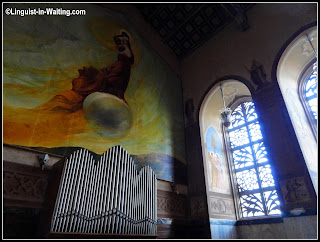 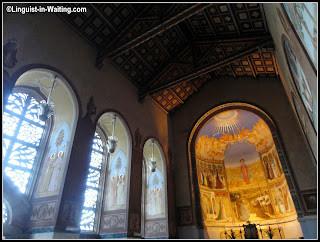 The interior is relatively old, even though the church was just finished within the 20th century. Legend has it that Helena designated this place to be the site of the home of Zachary and Elizabeth (somehow, Helena seemed to know all of the locations where Christian traditional events took place, I wonder why), and therefore ordered a church to be built here. Later on, it was ruined and the Muslims took over, only to be taken back by the Crusaders. The property exchanged several hands again throughout the years, and in the last one hundred years, it was discovered as a ruin, and Christians bought the land from an Arab family, and thereafter a new church was constructed, where the old elements were preserved. 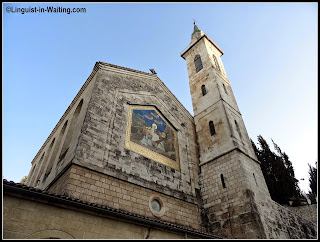 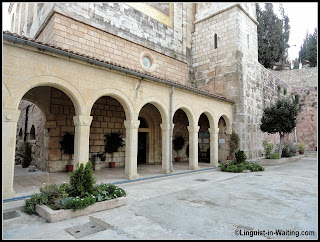 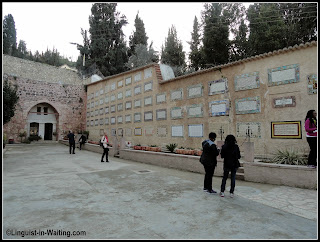 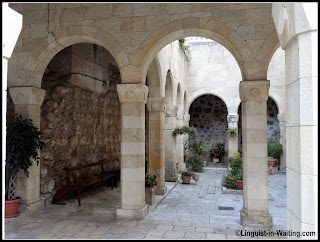 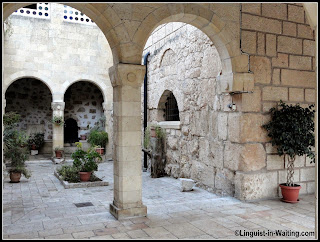 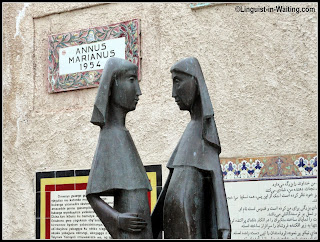 The exterior shots actually reveal some modern architectural motifs, including a very symmetrical courtyard, and well-polished stones. Not to mention the very modernist looking statue depicting both Mary and Elizabeth as two pregnant women. On the perimeter walls of this church are the Magnificat in several different languages. For me, it was more a linguistic exercise than a symbol of devotion, but then again I am not the most religious person on the planet. 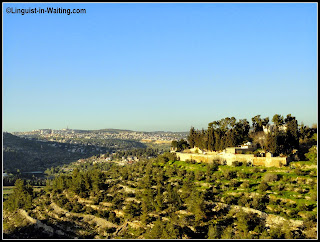 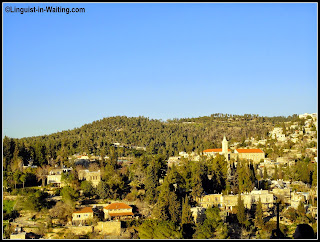 This church is actually located on a hill, and therefore the walk up to the entrance of the church provides for some very interesting views of the surrounding countryside.

I had a good impression of this area, although I have to say, it is a religious place, and therefore I didn't appreciate it that much. For me, going there was more an anthropological and sociological exercise, as I went in the midst of religious visitors, and for them, the visit was a very religious experience. I actually enjoyed watching these people feel their religious experience, rather than the place itself.