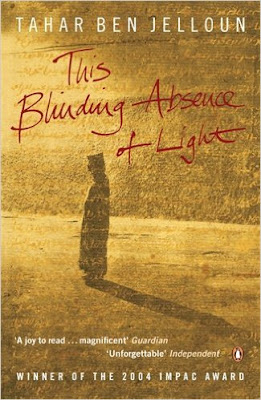 Beautifully written, and such an exquisite prose. Reading this book makes one have faith in humanity. As much as I tend to think of myself as a rational human being and having a firm understanding of science, sometimes, humans exhibit qualities that makes one seek alternative explanations. And this book, who describes the ordeals of Salim, a prisoner who was incarcerated in a secret prison in Morocco for twenty years, provides such a scenario. Reading Salim's narrative makes the reader think about the human will to live, which sometimes defies rational probabilities.

As a short synopsis, this book is narrated by Salim, a soldier who was part of a failed coup d'etat in 1971. He was imprisoned in the secret Tazmamart prison in the desert, and was only released in 1991. In chapter after chapter, Salim tells the reader about his fellow inmates, about how each of them have a particular character, how they each die one by one through different means. And at the end of the book, Salim is released, beaten but full of the will to live.

I read this book before my trip to Morocco, and therefore perhaps it was an eerie introduction to the country. That being said, this book is perhaps one of the best books I have read this year. It felt more like a diary rather than a novel. Indeed, it was just Salim's diary spanning twenty years in a secret Moroccan prison. It is very graphic, and describes the inmates' tragic predicament. How every one's body and mind slowly collapsed while being incarcerated in a place with no light, in an underground prison full of diseases and other things you wouldn't want to be around with.

Perhaps the thing that impressed me the most is the main character's determination to live. He had tremendous willpower indeed. Religion also played a role, as well as his exemplary imagination. Other prisoners kept the time, he told stories. He kept his mind alive. That's how he didn't die while in prison.

This brings back to mind my stance on religion. I once held the opinion that religion has a therapeutic value. I still hold that opinion. Religion does people good when people are between a rock and a hard place. When they are facing trials. Because after all, religion gives you the option to think that there is after all some purpose behind all this. That even though you are suffering, there is a supernatural being that is watching you, giving you hope and a reason to suffer more, and therefore you will try to live.

Yes, when life is good, people lose religion. But when life is bad, like for example, if you are imprisoned for twenty years in an underground prison, and your family doesn't know where you are, then you gain religion. Religion, then, is just a simple mind trick, a human self-preserving device, something that we humans conjure in our heads just so that surviving gets easier. Who knows, if I find myself in trials and tribulation, I might gain religion too. In any case, it amazes me that humans have evolved this far, to have quite sophisticated survival mechanisms.

Overall, this is a great read. Gripping, indeed. It shows you a very graphic side of human nature. I give it 5 out of 5 stars.