While in Meknès, we visited the Dar Jamaï Museum, a palace overlooking the square, which was built by the Jamaï family. Our guidebook said that this was a top choice, and therefore we opted to visit it.

I have to say though that even though I was impressed, I have seen prettier palaces in Morocco. That being said, Meknès isn't a large city like Marrakech, and therefore I have to put this in perspective. 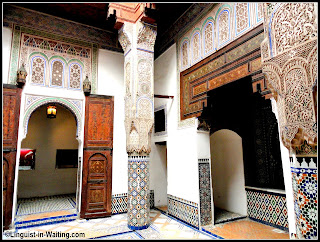 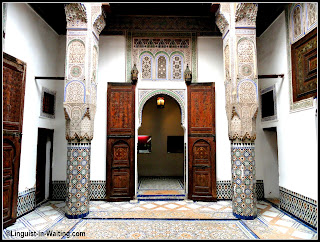 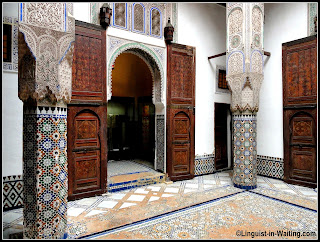 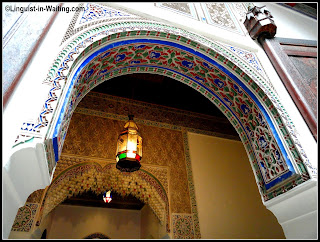 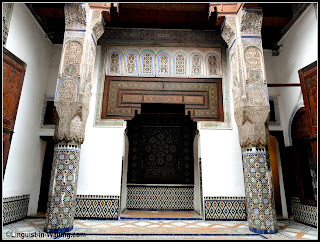 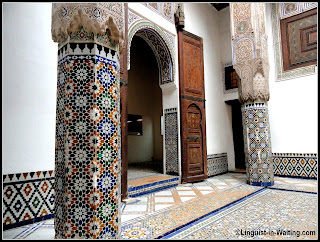 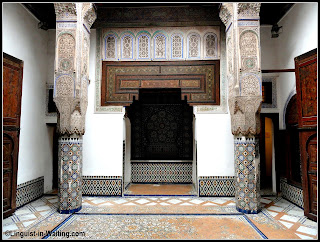 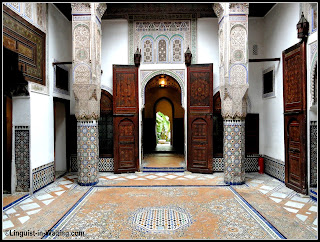 There are impressive sections of the museum, of course. Look at the pictures above, showing the inner courtyards. This is a lavish place, and it reminds me of the impressive and intricate design that I have been seeing all over the place, including in some of the riads that we have stayed in. 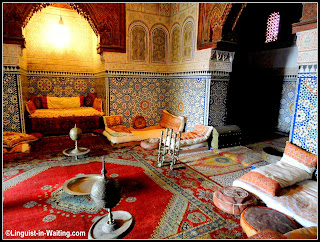 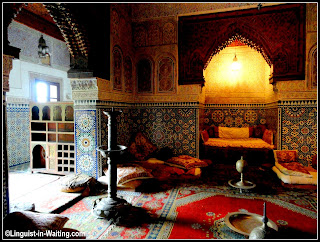 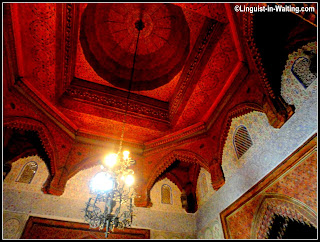 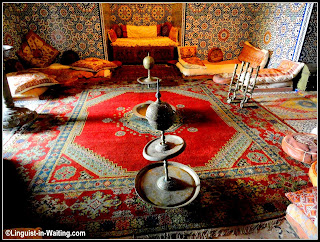 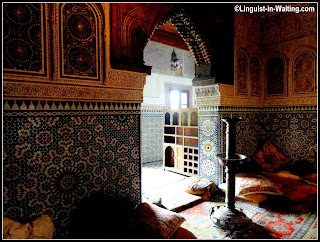 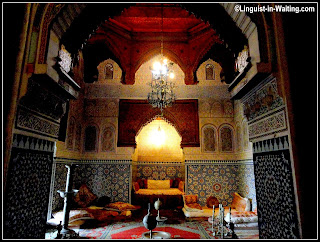 Upstairs is a domed sanctuary, or a koubba, and it is furnished as a traditional salon, with luxurious rugs and lavish furniture. Moroccans really know how to appear in style, definitely no minimalism here. 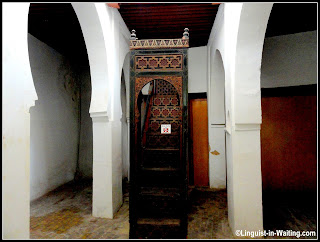 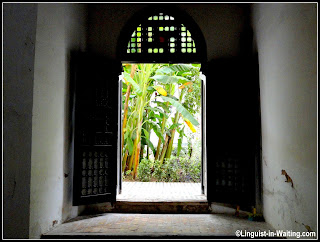 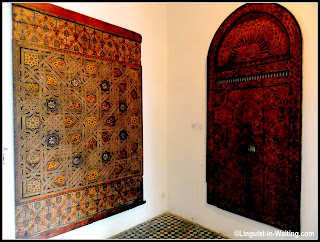 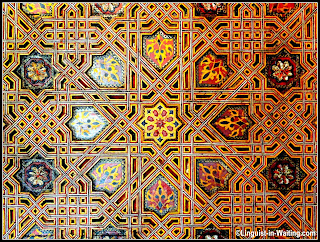 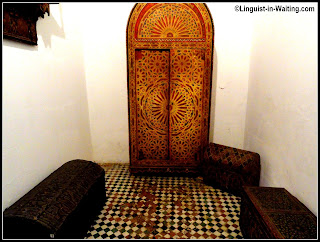 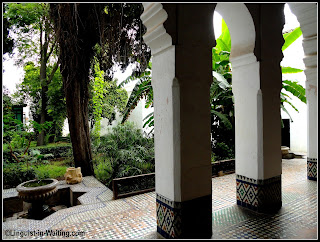 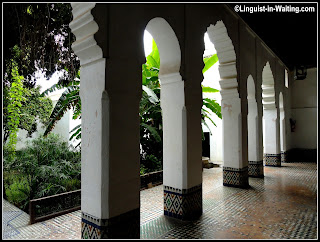 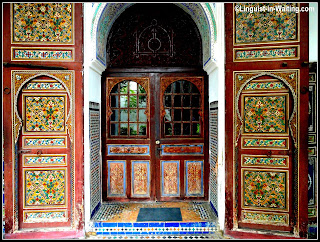 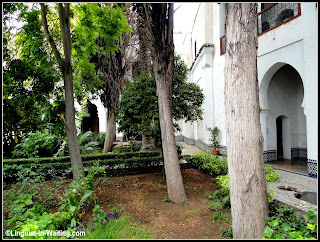 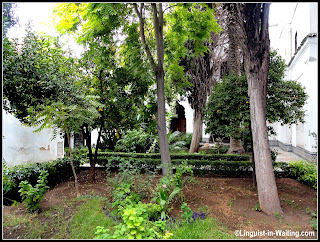 The other parts of the house, however, were just okay and passable. There is an Andalucian garden, but it needs maintenance. The other rooms with displays are rather musty and needs to be refurbished. That being said, I think I still enjoyed this museum. Meknès is not a big city, and there aren't plenty of things to do. However there is a charm to this town still, seeing regular Moroccans go along with their lives, as opposed to Marrakech which is very tourist-oriented. So everything considered I still enjoyed this museum visit and would recommend it to others passing by Meknès.