Meandering in Morocco: The Jewish Cemetery in Fes

Fes is a beguiling city, and a city in which I have a love-hate relationship with. We stayed there for two days, and I suppose we were getting quite exhausted already, so our patience wasn't that high. There are a few elements in Fes that aren't the nicest, and therefore these experiences colored our impression of the city.

First of all, the moment you enter the oldest part of the city, Fes el-Bali, touts will greet you and ask for your riad's name. They tell you that the medina is large and that it is easy to get lost. While the medina is indeed large, travelers can still find their riad, and we were able to find ours too. But these touts are just a pest, and sometimes it can get annoying.

When we visited, it was Eid, and therefore there was a holiday. It was time for the sheep to be killed. Plenty of shops were closed, so it wasn't the traditional Fes experience. So instead of pushy salesmen, we were dodging dead sheep carcasses as well as open fires where people were roasting sheep on the street. Just imagine corner after corner of narrow alleys and in each corner, there is an open fire where sheep heads are on full display for passersby to see.

So we didn't have a very positive impression of this city, but regardless, it is a city to be visited. We walked around, and the city actually has plenty of signs around the old town as well as in Fes el-Jdid (the new Old Town; this city is too old that there are actually two old towns), where the Jewish population used to live. There were actually plenty of Jews in Morocco, and until the 1960s there were thriving communities in many cities, enough to have Jewish sections of towns. Since the modern state of Israel has been established, however, most of the Jews have packed up and left and immigrated to Israel.

So Fes is left with a Jewish cemetery, full of Jewish dead people, but perhaps rarely visited. After all, Morocco is an Arab country, and we know how that would go with Israelis. That being said, Morocco doesn't ban Israelis from visiting. In fact, even though Israelis need a visa to enter Morocco, if they can prove that they were born in Morocco they can get a visa on arrival. I am just not sure how many Israelis avail of that option.

Needless to say, when we visited the Jewish cemetery in Fes, we were the only one there. In fact, it was closed, and we had to find the frail guardian who has the key, so that he would open it up for us. 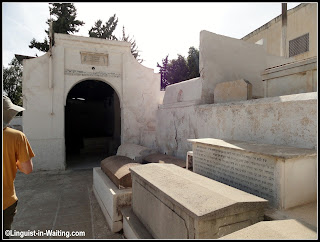 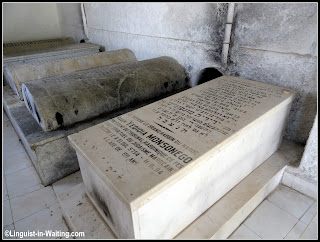 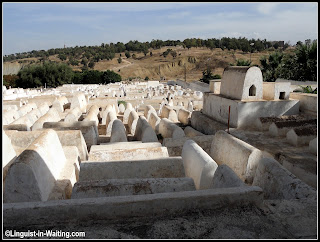 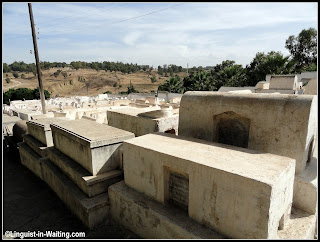 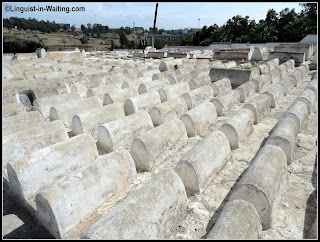 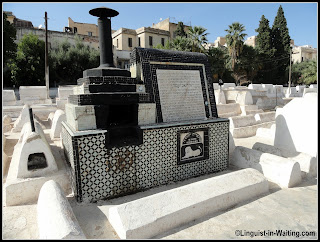 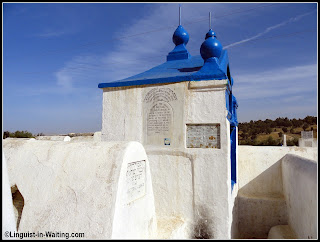 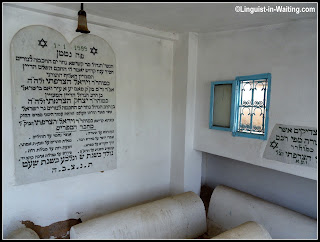 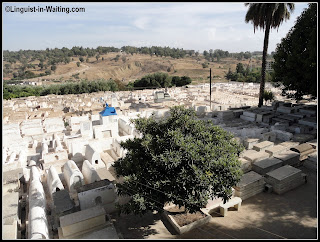 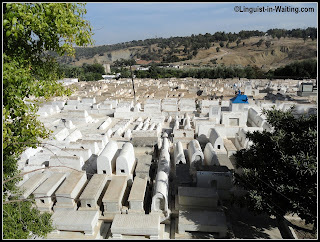 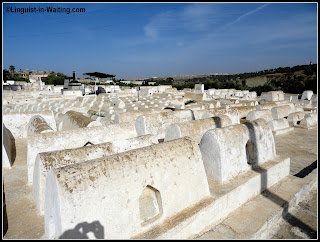 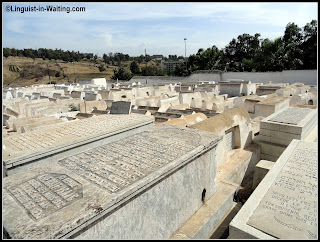