We stayed for three nights in Meknès. After all, we needed to do some laundry. While we were there, we checked out the city, which is full of monuments. Meknès is an imperial city, it is one of the four cities in Morocco that became a capital. Here, I am posting about the Moulay Ismail Mausoleum, a very solemn and profound area in the middle of the city.

Meknès is not like Marrakech: there are tourists, but they don't flood the city. Perhaps because Fez is close by, and they all go there. Also because there isn't a major airport nearby, so you have to take the bus or train. Perhaps that made the medina more authentic, with most of the crowds being from the area, locals so to speak.

Anyway, the mausoleum is right in the center of town, just a few minutes away from the main plaza, yet not a lot of people were there when we visited. So that made it a great time to take some photographs. 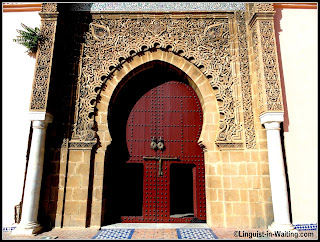 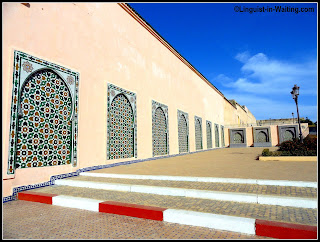 This is what the entrance looks like. Entrance here is free, but they do appreciate donations inside. 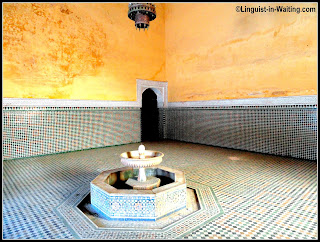 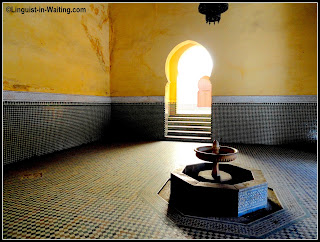 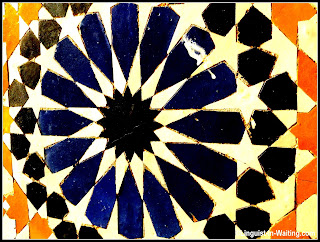 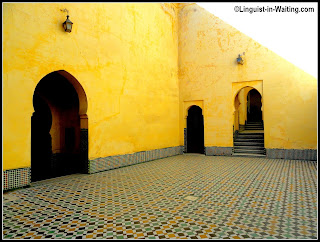 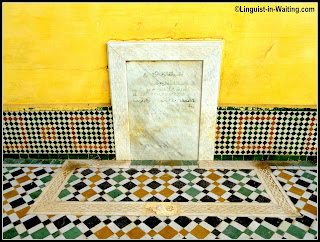 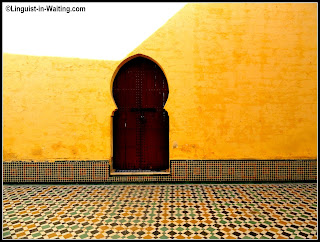 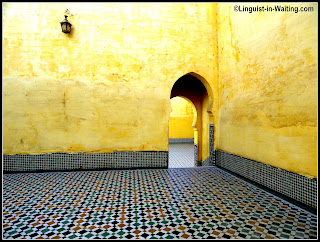 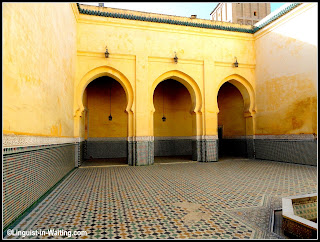 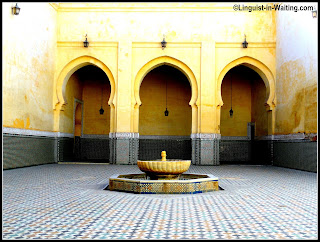 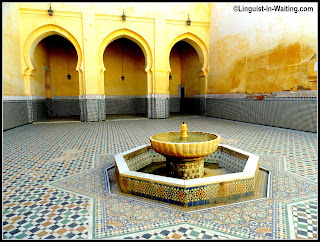 There is something to be said regarding the solitude one can experience in this place. It is hypnotic. It is mesmerizing, being surrounded by all of these tiles and stucco, also come to think of the immense contrast one experiences, when one compares the chaos of the market outside, with the peace and quiet inside. There's a weird Maghrebi romance attached to it. 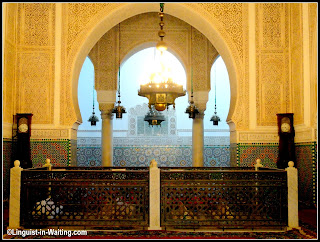 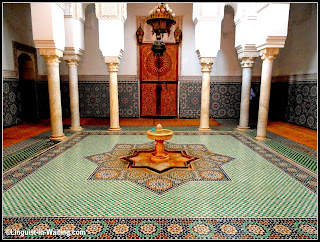 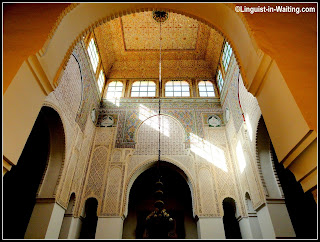 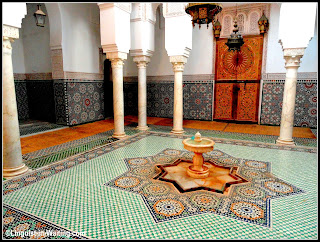 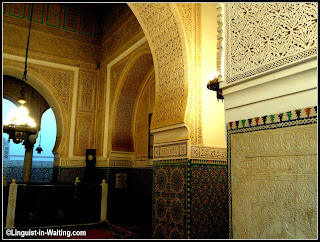 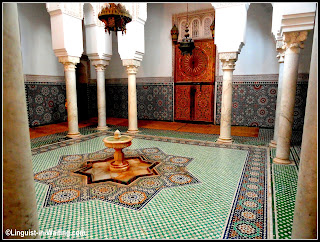 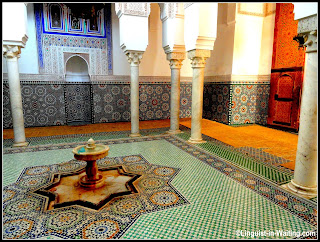 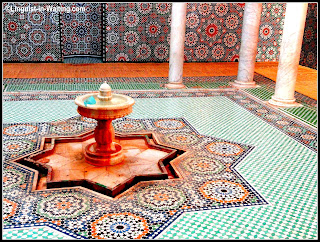 Finally, here are the interior photos of the mausoleum, where the tomb is located. Of course, there's complicate tile designs here as well. Everything is just so pretty, my eyes hurt looking at them.

I enjoyed this place. I had the time to admire everything, looking at the pillars, gazing at the walls, admiring the sense of style that Moroccan architects had back in the days.