Book Review: Catch Me If You Can by Frank W. Abagnale 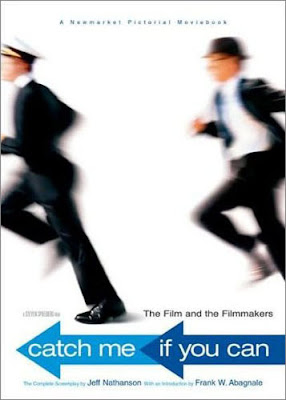 I remember years past when I watched the movie based on this book. I suppose I loved traveling already when I saw it, that I was looking forward to the movie more because it featured a lot of traveling, and not because it was about a confidence artist. I also remember it featured Leonardo DiCaprio, an actor who I couldn't care less about. Anyway, I remember liking the film. So years later, I opted to pick up the book.

We know what this book is about. It's about the life story of Frank Abagnale, a confidence artist. He pretended that he was an airline pilot, a university professor, a doctor, many other things. And he cashed fake checks along the way. Until he was caught in France. And sent to prison. And extradited to the United States.

I should say that the book was engaging. I think I finished reading it in 2 days. The narrative was well written (but let's not forget that Abagnale worked with a professional writer here), and portrayed him as an anti-hero of sorts. That said, what I found disturbing was the lack of remorse. Did Abagnale not recognize that what he did was wrong? And I also didn't like the whole blaming game when it comes to his parents' relationship.

In my opinion, Abagnale got extremely lucky. He was lucky that he ended up in Sweden, who had humane incarceration systems. He was lucky that he wasn't passed on to the other countries who wanted him. And I didn't like this logic of his of only cheating banks, as if it's the banks fault that they were cheated with bad checks. Abagnale is an extremely intelligent man, yet I still don't buy his logic that it would be okay to commit a crime because one is committing them against institutions and not against persons. I don't buy the whole Robin Hood narrative.

If I were asked, I would say that Abagnale committed multiple counts of crime, and he didn't pay for it enough. But then, I am no lawyer. I just feel that justice in this world hasn't been served adequately.