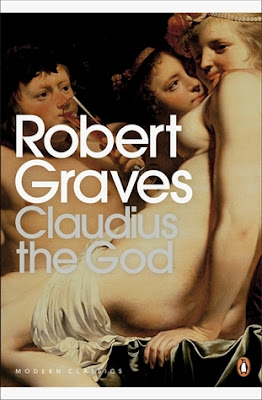 Back in 2015, I picked up I, Claudius, by Robert Graves. It was a rather mind-blowing book, written as an "autobiography" by the Roman emperor Claudius. The style was rather new to me, and to be honest, it made Roman history rather fun. It recast the intrigues and scandals and political issues that permeated Roman society at that time to something that I could easily follow. This current book is a sequel of that, covering Claudius' reign from the time Caligula was murdered to his own death.

As with the first book, I really like the fact that the author wrote this book in a way as if Claudius himself wrote it. I personally do not know Roman history well, so I cannot verify the authenticity of the historical events that Graves narrated. Nevertheless, from what I can see, it is a well-researched book, and the events that were described are all verifiable by other historians and historical accounts.

In the first book, I commented about how things were barbaric back then, with Romans having weird customs and traditions. I also immediately followed that by saying that barbaric behavior nowadays too, in the 21st century, and it just happened that what we consider barbaric somehow has changed. Nevertheless, I think if I were to live in the Roman Empire, I would have preferred living during Claudius' reign, not before. Then again, Nero comes after Claudius and he's another crazy dude that I don't want to deal with.

In any case, if you liked I, Claudius, then read Claudius the God for completion's sake. It will definitely round up the picture, and I must say, it's a good biography and history lesson as well. I give it 5 out of 5 stars.