Chemnitz appears in the news lately. It's somehow the epicentre of the German far-right movement, and frankly speaking, that's freaking me out a little. So it's a little unnerving that exactly one week before Chemnitz appeared in the news, I was actually there. See, on the Sunday I was staying in Saxony, I bought myself a Sachsen Ticket, which is a train ticket that allows me to go anywhere within Saxony as much as I want. So I had the plan to head from Leipzig to Chemnitz, check out the town, and move on.

So one morning, after having breakfast, I headed to Leipzig Hauptbahnhof and caught the RE 6 to Chemnitz. And one hour later, I found myself in Chemnitz. It was a quiet Sunday morning, and I slowly made my way to the centre of town. 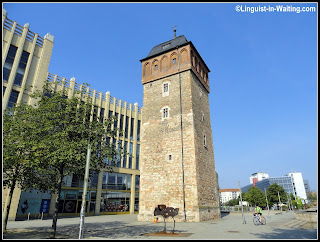 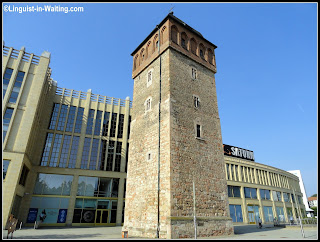 Of course the first thing I saw was the giant statue of Karl Marx, but since there was a large group of people taking photos of him, I opted to save him for later. I moved on further to the centre, stumbling upon the Red Tower instead. This tower actually is quite old, and is what remains of a former city wall. By the way, the reason there's a giant statue of Karl Marx's head is because this city used to be called Karl-Marx-Stadt between 1953 and 1990, even though Karl Marx hasn't stepped a foot in this city. The large bronze statue was unveiled in 1971. 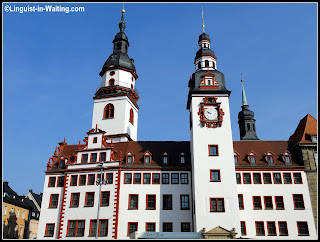 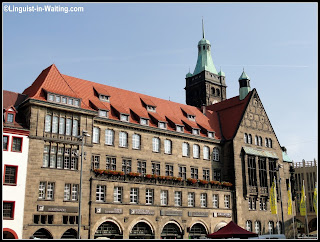 I found myself in the market square, and as the name suggests, there really was a market when I was there, hence it was hard to take photographs of the interesting buildings that were surrounding the wide open space. I had to be content with the few I have taken. 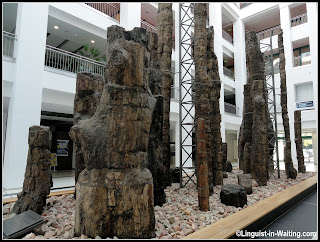 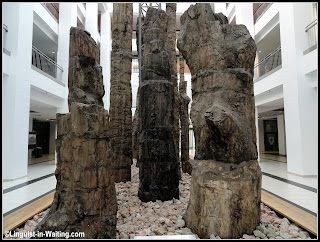 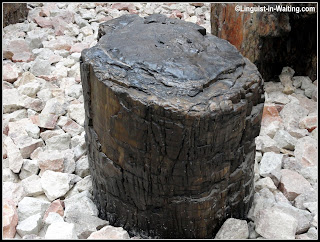 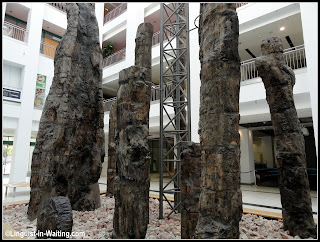 Somehow I found myself checking out some petrified wood: there apparently is this thing called the Chemnitz Petrified Forest, and some of the logs are exhibited in public areas in the city. So I went to find them and saw them displayed in the middle of a large atrium of a building. 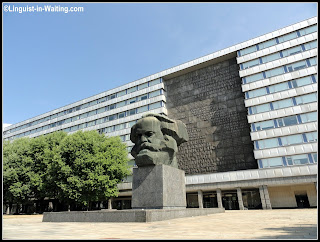 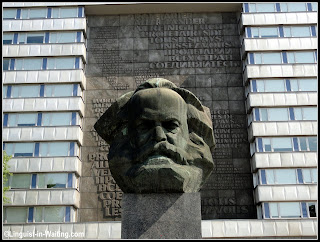 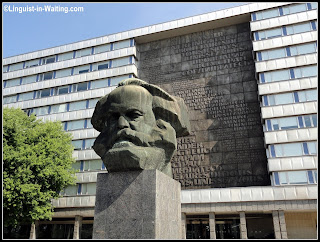 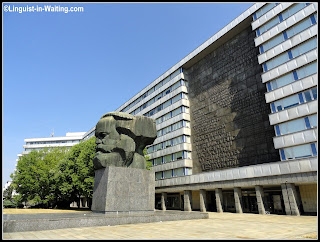 I then found my way to an archaeological museum, which I actually loved. I'll devote an entire post for that museum. In any case, after my museum visit, I returned to where Karl Marx was standing, and took some photos. This is perhaps the most recognisable area of Chemnitz, given the prominence the media attaches to this statue whenever news about the city is covered.

Anyway, after a photo shoot with Marx, I headed back to the train station and moved on. My next stop was another Saxon city: Zwickau. Stay tuned.