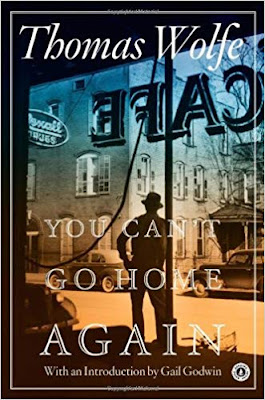 I cannot say I enjoyed this book. It was such a weird reading experience that I sometimes think that the time I devoted to reading this book was a waste of time.

See, the narrative was perhaps one of the most bizarre narratives I have ever encountered. Let me explain. Pretend that the plot was dinner in a restaurant. You would expect that there's a starter, and then a main dish, and then a dessert. So yes, the book starts with a very well-thought-through starter, but then somehow you get distracted by some car accident that you witness through the restaurant window, and then somehow you forget that there's the main dish coming up, and instead you're all heavily involved in discussing the virtues of the engine of the car that was involved in the car accident. That diversion takes a while, and then later on you realise that there's indeed the main dish waiting for you, but somehow you fast forward and just reveal that you're already almost done with the main dish, and all there is remaining is the final bite. You get distracted again a couple more times, only to finally get back to dinner, ending it with a little cup of espresso that seemed to be bottomless.

That's how I thought the story was. The narrative centres on George Webber, an American aspiring writer from the South, who wrote a book about his hometown. He lives in New York, and his first book finally is published and is a hit, except for his hometown, who all hated it. They thought that he portrayed each and every one of them in a very negative light, though in reality he was just being honest, and the people in the town were just so full of themselves.

He struggles with that reaction, and lives in Brooklyn worrying about it. This is the part when I think that he should cry me a river. He tries to find a new homeland, so to speak, and goes to Europe. He falls in love with Europe, only to be disillusioned again by the political changes that are happening there. And the book ends with a long letter addressed to his publisher, saying that he's leaving and wanted to say farewell. He then goes back to the United States, years after thinking that this country isn't for him anymore.

The weird thing is that I wanted to like to book. I find parallels between the autobiographical main character and my own experiences with my hometown, assuming I have one. I have left the Philippines in 2005, so far it seems for good, and I haven't gone back to visit since 2011. I don't have any connection with that country anymore, and given what I know about the town I used to live in and the people there, it really isn't appealing to go back. Also, given the direction my life has taken, I definitely don't see myself living again in the Philippines, let alone in my hometown.

So there are plenty of connections I could make with the main character, and yet I found it very hard to identify with him. He's too emotional, too engrossed in his irrational feelings, and too vain, so to speak. It felt like his hormones were on overdrive. And that is definitely not me. It's a pity that the narrative and the overall story structure adds another level of difficulty.

The text is just too rhapsodical, and there were plenty of diversions left and right. Sometimes I would start reading a paragraph and I would ask what this text's connection is with the rest of the story. In any case, I found the text frustrating and quite inaccessible. I typically read books all the way to the end even if I don't like how it is turning out, but frankly speaking, this is the first book in which I seriously considered stopping it half way and putting it away unfinished. I didn't, but unfortunately the text didn't turn better in the end.

Overall I didn't like this book. I picked up this book because I was looking to read a Southern author, but it looks like I picked a wrong book or author to begin. I give this book 2 out of 5 stars.