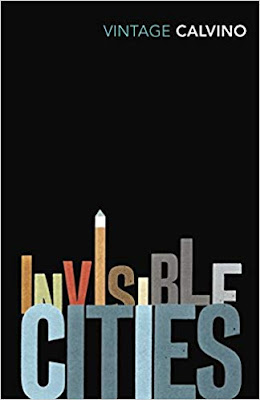 This is a very interesting book, not necessarily because of the narrative and the plot that is presented, but more because of its mathematical precision. See, Italo Calvino is a member of the Oulipo literary group, which is composed of writers that wanted to write literature that satisfy some challenging aspect (e.g. like writing a novel without using the letter E). This book actually has a mathematical order imposed on it, with cities being narrated one after another, like a grid or a matrix.

If you're looking for a story, then this book is probably not for you. But this book delivers something else. It pushes the boundary of what a novel could look like. It also adds a very precise metric structure to the narrative, which reminds me more of musical compositions than literature. This is a literary work that I thought needed much forward thinking and conception because it seems that Calvino would have finalised the skeletal structure of the novel before actually writing the prose. I must say I admire the style, and recommend it to anyone that is a fan of his more known book. If you have read If on a Winter's Night a Traveller and loved it then you might like this one too. The structure of both books after all is quite nifty and phenomenal. I give it 4 out of 5 stars.