Friday is supposed to be a subdued day, but for me, at least this week, it is not.

Yesterday, I was checking my student's homeworks. I found some evidence of what may be construed as academic dishonesty. I won't disclose the details here, but it made me think of how the students value the class.

Wow. Students may think that I am born yesterday and is innocent of their schemata. I have to remind them that I used to be an undergrad as well.

Anyway, so a talk with this student is necessary I believe. I have to ask him to explain what is happening. And I'll go from there.

It makes me think what exactly is my role here as an instructor. I am an educator, not the police. But if I just turn a blind eye, things like these will continue.

Oh dear, for one second I am boiling with vicious rage, and for the other, I am thinking to just let it pass since there is plenty of red tape to navigate once this is started.

I have to think about this later.

Anyway, in a rather mundane turn of events, I guess it took me seven years to finish a bottle of cologne. I had a bottle of Sculpture, by Nikos Parfums, and I bought it in 2000. I believe I bought it in the duty-free area of Kansai International Airport in Osaka on our way to Guam. The reason I remember this so vividly is because I somehow tied the scent of this cologne to the hotel that we initially stayed in Guam, the Hotel Tropicana. I first encountered this scent when I jokingly tried to suffocate a friend of mine in Japan, and his scent stuck in my fingers. He was wearing this cologne. I liked the scent, and so I bought it on the next opportunity.

And seven years later, it is gone.

Ok, here is my new photo series, entitled Ecuadorian Flora Series. These are pictures taken by me when I visited the Jardin Botanico in Quito. This first picture depicts a weird whitish plant. 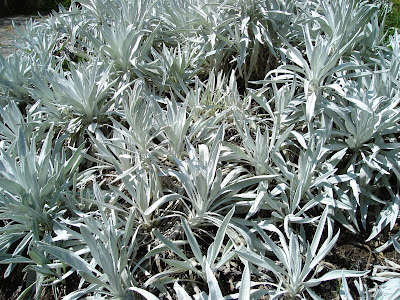