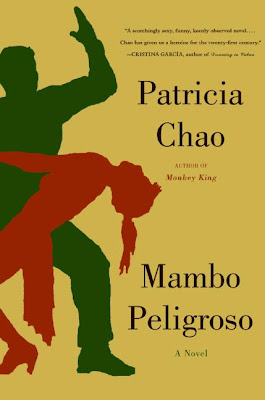 Quite some stuff has happened over the past few days, but since I was in the middle of my travelogue, and I didn’t want to interrupt it, I decided to postpone it and instead, blog about it cumulatively afterwards, such as today.

For starters, I am taking this opportunity to give myself a pat in the back for maintaining my GPA the way I wanted it. I wasn’t sure of my grades for this semester, due to the fact that it was the first time I was taking a higher-level math class (remember my Advanced Statistics 1 class?) and I didn’t know whether I can get an A in it.

But, it seems that I still have straight A’s in my transcript. Sweet.

Second, former Pakistani Prime Minister Benazir Bhutto was assassinated. Ouch. This then threw the whole country into chaos. I better hold off into my travel plans to Islamabad, Peshawar, and Karachi, until the country calms down. I would want to visit the Shalimar Gardens and Mohenjo-Daro, but maybe not in the near future.

Third, I finished reading my novel, and now have started another one, entitled Mambo Peligroso. This is very engaging, so far. This novel is about the lives of different men and women, all immigrants to the United States from Latin countries, and how the dancefloor ties them up together. I am never a dancer (although I took social dance lessons for gym class back in undergrad), but the way the novel was written, it felt like I could see and experience the bodies moving on the dancefloor. It was so picturesque and vivid. I like novels that are like this, although the previous novel I was reading was too much. The previous one was switching back and forth from reality to dream sequences, that sometimes it was hard to tell which was which, but I guess that was the point of the novel.

Fourth, I am currently entrenched into world music, or should I say, still entrenched into this art form. I guess, ever since I started teaching the class I teach in the department, I was made aware of the extremely diverse music available outside of the Western realm. And when I was in the Smithsonian Asian art museums, I bought quite some CDs from different parts of the world. I bought a CD of a Mali artist; I bought a CD of compilations of the music of Iran; a CD of compilations of the music of Central Asia; and finally, a CD of compilations of arabesque. The last one I specially like, since I just love the way Middle Eastern tunes and rhythms mix with electronica. Listening to hip-hop from the Maghreb region is just amazing.

Fifth, I played travel agent again, this time to my best customer, the patriarch and the matriarch. They are thinking of a vacation in the spring of next year, and they have some conditions. They want one week of vacation time. They also want somewhere near, not really an 8-hour flight away. They also don’t want to bring their coats in May. And they don’t want to travel within the destination, instead, they just want to stay put in one location for the whole duration of the trip.

So, I was discussing their options. I gave them a number of cities that can sustain their interest for one week. I guess the no-coat requirement nailed it to the destination that they are currently thinking: Istanbul, Turkey. Due to the circumstances of my customers, I believe that they can gain entry without a visa for one month. And Istanbul has plenty of things to see that would suffice for a week of exploration.

In the meantime, I here am jealous, because that is one of my dream destinations as well, and I am not going. Oh well, I cannot complain, I already have my next disappearing act arranged.

Speaking of my disappearing act, I have now booked all the necessary things that needs to be booked. If one looks at the list, it can be mind-boggling. Good thing I did not opt to go to this destination early this year, and instead I went to Quito, Ecuador. That was my first solo trip, and I figured it would be too complicated as a first solo trip. So Ecuador was my practice session. And since I got out scratch-free, I am putting it one notch up.

I also made railway reservations. I am doing some extensive internal travel for this trip. And in order to reach the cherry on the top, I needed to ride one of the highest railways in the world. So I made a booking for a round-trip ticket from one town to the other town.

Finally, I have made four different hotel reservations. I will be staying in four different locations all in all, and some are even non-contiguous. I will be staying in Town A for the first two days and the eighth day; in Town B for the next two days, in Town C for the fifth day and the seventh day; and in Town D for the sixth day. Eight days of sleeping in foreign beds. But if one counts the days when I am not staying in hotels (but instead, sleeping in mid-air, holing up in the airport, staying with a friend overnight to catch an early-morning flight, etc), then the total amount of days in my trip would be 12.

And yesterday was when I finally made the reservation for the last of the four hotels. I was talking to the agent over the phone, when I realized that she was from the Philippines, working in a call center. I could tell by her accent.

Anyways, that would be all for now. I guess it really shows that the travel bug has had me big time. I just finished doing a travelogue of a trip, and now I am planning for another one. In my defense, this next destination is a rather tricky one; it needs serious advance planning. It’s not like one can just think of going there for the weekend. I guess that means once I do this stint, I’ll have plenty of bragging rights for the time being.

I guess some people have an idea where it is, but I am not disclosing it, yet. But if you remember my previous template in my blog, then that was a very big hint. Yes, I’m talking about the one with the rotating birds. 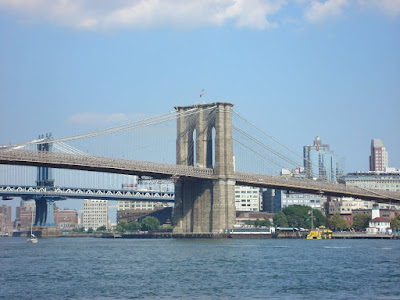 (Brooklyn Bridge from afar, from my Pier 17 Series)