My previous post dealt with legal issues in selecting a destination. So, suppose we already took care of those matters, what is the next thing to consider?

Let me discuss practical logistics this time. Is your destination near your place of origin? Or does it take 30 hours of a plane ride to get there? Is it a place that you can get to with just one direct flight? Or do you have to transfer more than once to reach your destination? This may be a consideration too, because the farther a destination is, the more costly it is. Plus, it takes more time to get there.

So, for this post, I will give a lay-out of the current routes that may be feasible from your location.

Let me start from Europe first. Being in Europe may be the best thing, travel-wise. You can find direct flights to all continents (a direct flight is not always a non-stop flight; direct flights simply mean you only have one flight number, and it may stop somewhere to refuel). Aside from that, most European carriers have good coverage of the continent, that chances are, one can find a non-stop flight from your city of origin to your European destination.

You can find flights from major hubs in Europe to North America. Most of the big European carriers fly at least to New York City. Other cities in North America that have direct service to Europe are the major cities of Canada; and Seattle, Chicago, Dallas, Houston, Philadelphia, Miami, Denver, Los Angeles, San Francisco, Washington DC, Detroit, Atlanta, and other hubs of American carriers. Mexico City also receive several European flights, such as from Paris, London, Madrid, and Frankfurt.

Europe to South America is a little limited. The capitals are mostly covered, except for Bolivia, Paraguay, Uruguay, Guyana, and Suriname, where there is little to no direct connection to Europe. Gateway cities include Sao Paolo, Buenos Aires, Bogota, and Santiago.

Africa is relatively easy, with plenty of coverage from Air France, British Airways, KLM, and TAP Portugal. However, in some places, the airline has a monopoly so the rates are not so great.

There are plenty of Asia-bound flights, mostly going to Tokyo, Beijing, or Hong Kong. Bangkok, Singapore, Kuala Lumpur, and Shanghai also get other flights. For other cities in Asia, one may have to make a connection in another city.

Finally, Australia is served by both Qantas and British Airways, making a stop somewhere in Southeast Asia.

If you live in North America, then there are six big carriers in the United States alone that have extensive coverage of the area. Also, Air Canada takes care of your northern needs, and Aeromexico and Mexicana cover pretty much every major city in Mexico.

South America may be a good choice to go if you come from North America. There are plenty of connections via Miami or Atlanta, and rates are reasonable. The weak dollar may also have more oomph compared to Europe.

Asia-bound travelers from North America have plenty of options from the West Coast, with plenty of connections from Los Angeles or San Francisco, although Northwest Airlines has a decent coverage of Asia via their Tokyo gateway. Otherwise, there are a few Asia-bound flights from New York City, but the rest of the East coast has to connect somewhere else.

Finally, Oceania is reachable from North America through Air New Zealand and Qantas offering flights from the West Coast.

If you consider Asia your home, then Japan Airlines, Cathay Pacific, Korean Air, Asiana Airlines, Singapore Airlines, Thai Airways, and Malaysia Airlines are some of the major players in the area. They have extensive connections to most major cities in Asia. On the western side, many Middle eastern carriers exist, but they mostly serve passengers that connect from Asia to Europe/Africa and back.

There are direct flights to North America and Europe, as mentioned earlier. There are connections to Oceania as well, via Singapore, Hong Kong, and Tokyo. South America is tricky, since one either has to go via Europe or North America, since it is directly opposite the globe. And going through North America may require transit visas from Canada or the United States.

And Africa also requires a connection either in Europe or in the Middle East, with carriers such as Qatar Airways, Gulf Air, Etihad Airways, and Emirates linking the two continents’ major cities. Aside from that, some African carriers fly to select cities in Asia, such as Ethiopian Airlines which link Hong Kong and Addis Ababa, and South African Airways which flies to Hong Kong as well. Egyptair also links Cairo to Tokyo.

If you live in Oceania, then chances are your flight would be at least 4 hours long. Qantas and Air New Zealand covers pretty much major South Pacific destinations. And Continental Airlines has a hub in Guam which links small islands to cities like Honolulu, Tokyo, and Manila.

Aside from the links mentioned above, Australia and New Zealand is linked to South America, with LAN Airlines and Aerolineas Argentinas flying to Sydney and Auckland. There is also a link to Johannesburg with South African Airways.

Finally, Africa and South America are linked only by one flight; South African Airways flies to Sao Paolo. For other cities, one must connect via Europe, so chances are that one will go to the Northern Hemisphere and back to the South when one travels. Africa-internal flights are served by Kenya Airways, South African Airways, Egyptair, Royal Air Maroc, and Ethiopian Airlines. These airlines have major coverage of the continent. For South America, LAN Airlines has an extensive network out of Santiago and Lima, while Avianca Airlines has a good hub at Bogota. Finally, Brazil is covered extensively by TAM Airlines.

So there, I believe I have covered major air connections with the different areas of the world. You can always go to Amadeus.net to see which flights link your city to the city of your destination. For my next topic on this series, I will tackle when is the ideal time to go. Stay tuned! 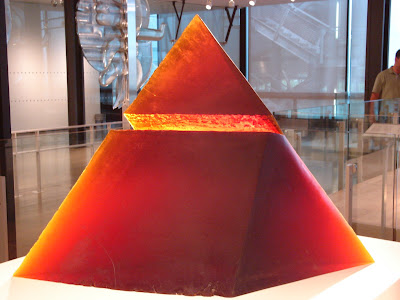