I am known to be someone who does "good-enough" processing. That essentially means that whenever I hear a stimulus, even if I am not so sure about what I heard, I assume the best possible match. Of course, I usually repeat it, to make sure I heard right, but most of the time, the things I repeat are way far off from the actual signal.

So, we were drinking, and when I asked my female American friend to tell me something interesting, she asked her other American female friend for help. The other female friend then said, "One-third of Americans think we are heading for a recession."

I, on the other hand, understood it as, "Native Americans have weird intersections." Of course, I repeated it because it somehow didn't make sense, but when I did, people just laughed.

Anyway, speaking of recession, I read a news article yesterday about Americans selling everything they have, just to make ends meet, like family heirlooms, tea kettles, and other things. I then was appalled because I didn't realize that plenty of Americans are poor. Wow, I don't make tons of money as a graduate student, yet I do not consider myself as poor. I can still afford to take a few trips here and there during the year. And I do not need to sell my belongings just to make ends meet.

Then the surprising thing about the article was that it mentioned the things that they were selling. TVs, stereos, appliances, and all that bulky stuff. Wow. It seems that people can hoard plenty of furniture. But then they are poor? Somehow, my image of poor is not the right image to evoke, I suppose.

I asked my female American friend about this, and she told me that poor Americans apparently have a different mentality when it comes to money. When you are poor and an American, whenever you get money, there is no initiative to save it for a rainy day. What happens instead is that they buy things that they want, such as Dolce and Gabanna sunglasses, designer clothes, and other items of luxury. This may not make sense, but to them, they reason that there may not be another time to buy these luxury goods that they want, so they go ahead and buy them.

No wonder I see people dressed up that way in a ghetto neighborhood, and I get a surge of N400, because I experience a huge amount of cognitive dissonance. You're wearing a Dolce and Gabanna eyewear and yet you say you don't have enough money to feed your baby? 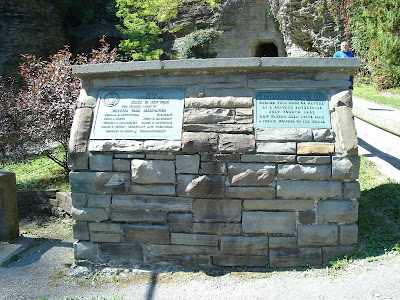