So, I am back in Budapest. I suppose I have nine days ahead of me where I won't be traveling big time. Then I head back to the United States.

I just got back from Vienna this afternoon. I wasn't there mainly for tourism, but for something else, so I didn't get to see plenty of sights. However, I have seen some acquaintances and friends that I haven't seen for the last three years (when I last visited Vienna) so that was fun too.

I suppose the main thing that was enjoyable while I was in town was the fact that I got to experience authentic Filipino hospitality. Food is a communal thing for typical Filipinos. Obviously not for me, but being shown this type of hospitality was a rather enjoyable experience.

Earlier today, I went to the Zentralfriedhof, and visited the graves of famous composers such as Beethoven, Mozart, Brahms, the Strauss brothers, and Schoenberg. Of course I took pictures.

Anyway, I suppose the best thing I like about Vienna is the fact that it is very livable. I like that city, and if I were to have the choice as to where to live in Europe, I would have Vienna in the top of my list. It doesn't dwarf me, unlike New York City. And it has the culture, the nice international restaurants, the order, everything I like. Obviously there are bad parts of the city as well, but every city has that.

Anyway, not a lot has happened recently, so I won't make this entry long. I don't think blogging about me feasting on proschiutto is an interesting topic. So I will leave it here, and let you go for the moment.

Tomorrow, I finally get to see the city of Budapest. I will bring my camera and shoot away. 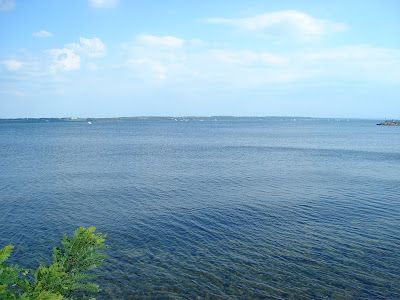