Yesterday, I finally got out and saw parts of the city. And so far, so good.

I have mixed feelings about this city. For one, there is this very beautiful and amazingly romantic part of the city that one can see, especially if one strolls along the Danube and face the hilly Western side of the city. The Castle Hill is simply imposing, and the scenery is rather majestic.

There is also this side of the city where I feel as if I am time-warped and sent back at least 20 years. The buildings are all grey and I feel that I want a water hose to take off the dirt and soot. Not that I am saying that Budapest is dirty, but I suppose the infrastructure hasn't been maintained as well as other cities, like Vienna for example.

I had the opportunity to visit a Budapest flat yesterday. I saw that there were still bullet holes in the walls while walking the streets in Pest.

I feel stupid here in Budapest. I feel stupid in the sense that my knowledge of Germanic and Latinate root words are useless here. Of course, Hungarian is in a totally different language family, so they do not share the same cognates as German and French. However, unlike Danish (which I was also frustrated due to the invisible letters), everything is pronounced in Hungarian. There are obviously exceptions but at least they are predictable and there is a rule for it.

So, yesterday, I visited the Castle Hill. This is a huge imposing block situated on a hill in Buda. This is not the "castle" in the brick-and-moat sense of the word, rather, this is similar to Prague Castle, which is a collection of buildings within a fortified structure. The compound is so big I wasn't able to reach the other end of it. 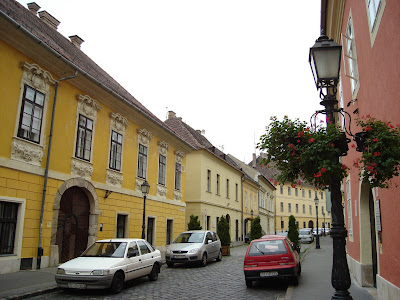 I also visited the Budapest Labyrinth. This is a rather interesting site underneath the castle, so I went in and explored the labyrinth, giving way to my caving tendencies.

The following picture gives an impression of the place, although it was unusually bright, and the labyrinth was darker than what I have here. 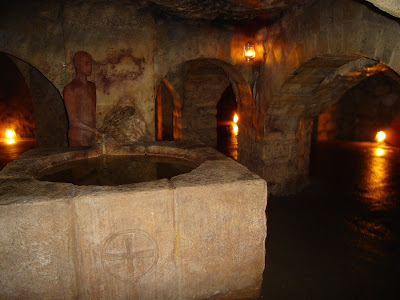 There even was this fountain of wine, which I thought, smelled awful. It looked more like blood flowing from the tap. 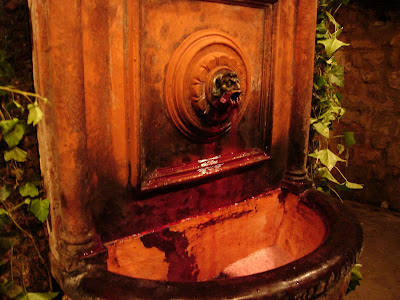 That already took me the whole mid-morning and afternoon. And due to the fact that I had some other appointment in the evening, I called it an early day.