Pork Knuckles and Walking Over to Slovakia

The bus ride was about an hour long, and we had to go the bus station in Arpad Hid to take it. Once there, we bought tickets in the bus station, and my Hungarian phrasebook was put into use, when I requested three return tickets for Esztergom.

Once there, we walked a little bit in order to reach the citadel and the church. It was a short walk from the bus station, and we saw the towering structure immediately. Of course I took plenty of photos.

This is a shot of the exterior of the church. 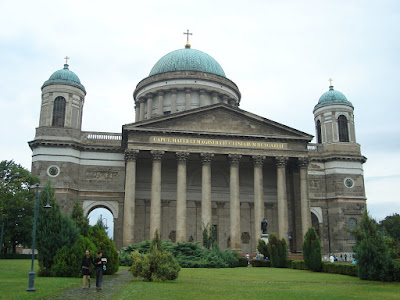 The interior of the church was very much impressive, and so was the crypt. I have the say the church looked rather different from all the other churches I have visited so far; it looked like a UFO that landed on a hill.

This is a shot of the dome inside. 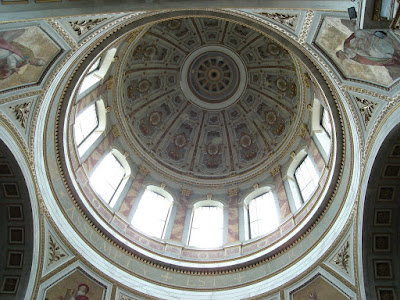 This on the other hand is a shot of the crypt. 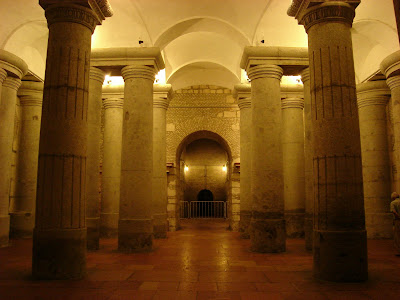 After visiting the church, we were already hungry and so we went to this guidebook-recommended restaurant, whose specialty was pork knuckles. We each ordered something different, and it was really indeed recommendable. I noticed that Hungarian restaurants differ from other European restaurants in the sense that the servings are larger than usual. Aside from pork and lamb knuckles, I also ordered butcher's soup, which had some rather exotic cuts of meat in it.

After that, we decided to cross the Maria Valeria Bridge and cross over into Slovakia. The bridge links Hungary with Slovakia over the Danube River. It was rather fun crossing a national border by foot; I only did that once before when I entered the Vatican City from Italy. I don't know, because I come from an island nation, international border crossings for me somehow need to consist of air travel, so even the train ride to Vienna that I took last week was rather bizarre.

I took the following picture on top of the bridge, when we crossed over to Slovakia. This was Country No. 17 for me. 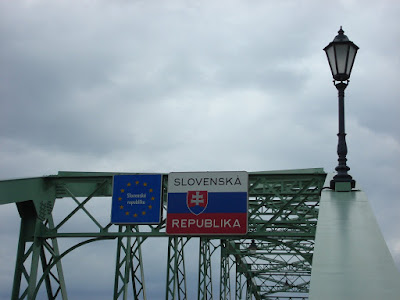 We spent an hour in Sturovo, Slovakia. However, unlike Esztergom, this wasn't a tourist town. There weren't things to see and do, so we headed back to Hungary after strolling the main square. I suppose the best thing I saw was the Holocaust Memorial in Sturovo, tucked in a quiet part of the square. 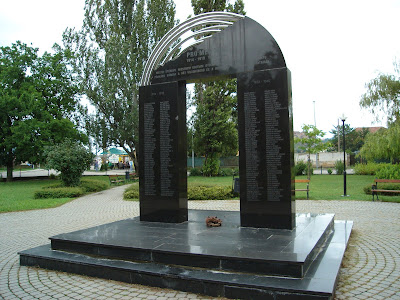 Anyway, that was yesterday, and it tired us out, after the long day. When I got back home, my feet were very glad that they got out of my shoes.