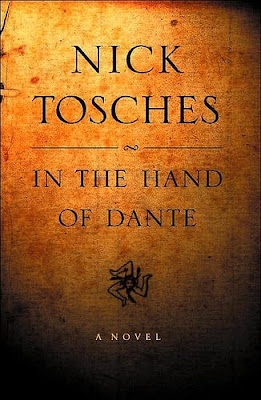 There are a few times in which one would feel warm and fuzzy after undertaking a certain activity. I suppose reading a romantic book would be one of them.

So I finished reading Beginner's Greek by James Collins. This is, according to the imprint page, a novel about married people, adultery, and New York City. Basically, it is about a guy who falls in love with the woman he sat with on a plane from New York to Los Angeles. He gets the phone number, but he loses it. Idiot, I know. Years later, he sees the woman again, but is unfortunately married to his best friend.

Now, I know what you are thinking. No, they do not commit adultery. But their partners do. See, Peter, upon seeing that Holly (the girl from the plane) is already not available, decided to get married to Charlotte. However, it turns out that Peter doesn't really love Charlotte, and Charlotte doesn't really love Peter. Sometime in the book, Charlotte runs away with another guy. And Jonathan, who is Holly's husband, haves different affairs with different women, but gets struck by lightning and dies.

I do not want to say exactly what happens to Peter and Holly in the end, but I ended up smiling and happy. It can be a good romantic comedy. I suppose it is a perfect illustration as to how the human heart can be lacking in reason.

I have read some people complaining about this book, saying that it is soap opera material, but I have to say, the way it is written, it has full of wit and I believe totally describes how romance in our society is handled out.

So I returned that to the library, and then picked up this other book that has been sitting on my shelf. Entitled In the Hand of Dante, this has a different tone to it. According to the imprint page, it is about Dante Alighieri, manuscripts, collectors, New York, Sicily, criminals, and theft. Looks like a historical suspense novel. I will of course review it after I am done. 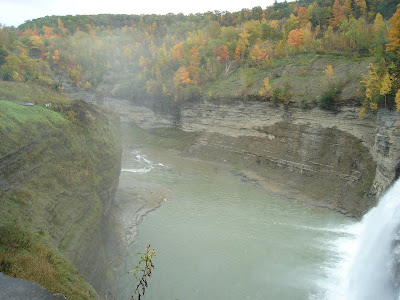 (Gorge and Mist, from my Letchworth Park Series)