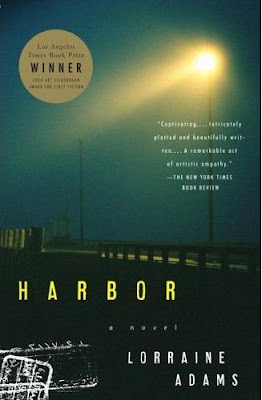 I recently finished this book. This is a book by Lorraine Adams, entitled Harbor.

It starts by telling the story of Aziz, an Algerian stowaway, who tried for the third time to sneak into a ship heading for Boston. On the third time, he succeeds, and his adventures start there, from his health problems due to the harsh environment in the ship's bowels, to his being involved in a criminal ring in the city of Boston.

The narrative is very engaging, but if one looks at the bigger picture, the book is a little bit disappointing. First, it starts with the adventures of Aziz. Years pass, and his brother comes to the United States as well, legally this time. He and his brother get jobs, and they struggle to make ends meet, while living with fellow Algerians whose background seem dubious to begin with.

Then the book starts to shift, focusing instead on the criminal and not-so-criminal activities of the other characters of the story. Somehow, Aziz becomes involved. These roommates plot plans to depose Aziz in one way or another, but it fails. That was the second part.

The third part involves Aziz's past. Suddenly, there are flashbacks about Aziz and his military history, and his desertion. Every other chapter would be regarding his past, which is shown to be haunting his present, but otherwise unconnected to the present events. The US authorities also become involved in the story, and it turns out that every Algerian character is now under observation by the authorities who are trying to flush out a terrorist cell. The book ends by describing each predicament of the Algerians, some of them are good, some of them are not so good.

I didn't like the book. I felt like it lacked a certain internal cohesion. Of course, the characters are stable throughout the book, but it didn't feel like the story came full circle. The ending left me hanging, as if suddenly, the story was taken away from me.

Good thing I didn't buy the book, but instead simply borrowed it from the library. Therefore you guys know what I did next, I returned it, and started on a new book. This new book will be about US politics in New York State, and the lives of politicians. When I am done with it, I will review it, as usual. 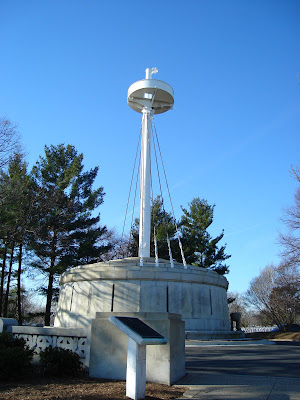 (Part of a Ship, from my Arlington Cemetery Series)