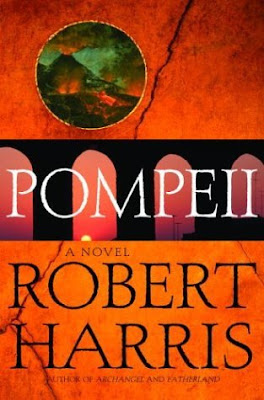 I am glad that I picked up this book. Not that this is one of the best books that I have read, but it was interesting nonetheless.

This novel is about an aquatic engineer, Marcus Attilius, who was in charge of maintaining the aqueduct that ran through the Roman province of Campania. This is the province where the cities of Neapolis, Herculaneum, and Pompeii are located. The novel takes place in four days, culminating in the eruption of the famous volcano, Vesuvius.

Attilius first notices the appearance of sulfur in the water, and little did he know that the reason was in the volcano, who until now they thought it was just a mountain. People actually believed that there were giants in the mountain, and the little earthquakes that they have been experiencing were just being attributed to the mysterious giants.

Anyway, the book covers events occurring within four days, and it deals with more things, not just about the events that were physically connected to the eruption. The author had a good job of describing the social dynamics of the people, giving the reader an image of Roman corruption. The engineer unearths the evidence that proves his predecessor a corrupt man, and he eventually realizes that people are misappropriating funds for their own benefit.

The only thing I wish was different was the ending, however. Once the volcano erupted, the story just became too fast, and it seemed that I wanted more of an epilogue than what was provided. However, maybe it was just the fact that the author had faith in his readers, that the readers would have the right deduction of the ending. In that case, I like that.

So if one likes a good historical novel once in a while, this would be a great read. 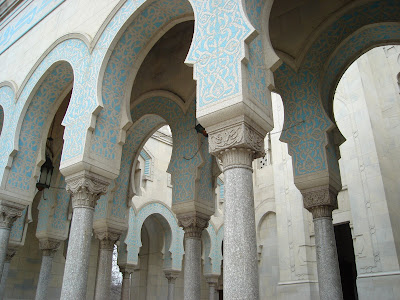 (Pillars of the Islamic Center, from my Embassy Row Series)