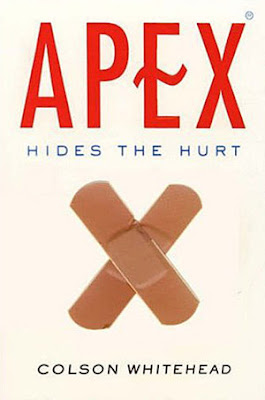 If you want to make fun of some concept, say, the fact that Americans are so obsessed with new things and natural things, would you write a book about it? At least one author did, and the end result was this novel.

Apex Hides the Hurt is about an unnamed nomenclature consultant, who as we learn as the novel progresses, is hired by a town because the town wanted to change its name. There are three possibilities: New Prospera, which is the suggestion by one of the business magnates in the town; Freedom, which is the original name of the town before it was changed into Winthrop; and Winthrop, which is the third suggestion, namely, to not change the name of the town at all.

The character that the novel is following is rather amusing and bizarre: he has no name, and yet he has the amazing quirk of naming things appropriately for business. Through interesting flashbacks, we learn that he didn't even think that being a nomenclature consultant was going to be his real job. He took the exam as a joke, and yet he passed. He got hired. He developed good names for products. One such product was "Apex", which was apparently a culturally-sensitive bandage, which comes in different colors to match one's skin tone. Its catch phrase turned out to be the novel's title.

Another quirk that this character has is his stubbed toe. He seems to be hurting his toe every time, he describes it has having a magnet for the nearest curb, chair, door, whatever you name it, his toe will hit it. He hit it too much to the point that it became infected, and it had to be amputated because of the necrosis, which he neglected by simply bandaging it with Apex.

Anyway, he gets hired by this town, where he temporarily settles into, while consulting for the town's new name. He interviews and gets interviewed by people, and attends the town's functions. At the end of his stay, he figures out a name.

Yes, this novel was a funny read. But I believe it also had a deeper meaning to it. It basically pokes fun at how consumers are so hyped up by names: they would buy anything that is branded as new or natural. This novel tried to portray that mentality, rather successively in my opinion.

I also liked the fact that this novel engaged my head. It didn't give everything away. Instead, it required the reader to piece together things about the story, mentally building the story in the reader's head. The author didn't write this novel intending a dumb audience.

Somehow, I cannot think of a bad thing about this novel. Perhaps the only thing that prevents me from giving this novel a full 5 stars is the fact that although the topic is interesting, it wasn't interesting enough for me. In short, I could care less. And yet, it was interesting enough that I wasn't bored when I read it. But I suppose this is one of those types in which I will store it in my head, and perhaps never retrieve it again in the future, not because I didn't like it, but because I just find other topics to be more interesting and moving. 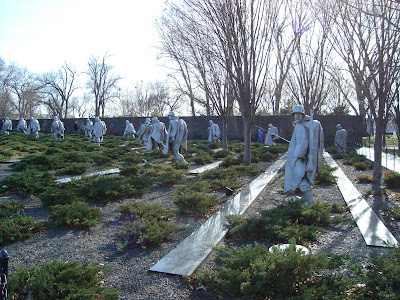