In Pursuit of Science

So I turned in my second draft of my dissertation proposal the other day. I was happy. It was inducing a certain high in my system, the fact that I went to the printers in the library and heard the sound of the humming engines, rolling out with my work. Dorky indeed it is, but at the same time, it gives one a sense of achievement that even supposedly mundane things get one high.

So yeah, the ball is not in my court anymore. Now I need to have my adviser read it, so when we meet next week, he has comments on it and I can refine my ideas.

Sometimes, people can make one think that pursuing a PhD degree is a Sisyphean task, with all the reading, writing, revising, and repeating that goes on, and one sometimes thinks that there is no end. But hey, there are things that never end, such as the pursuit of science. There are plenty of things that humans don't know yet, and I find it immensely self-fulfilling to be part of the whole process.

Ah, speaking of the scientific process, I suppose I never wrote it here that I would be part of a conference in Barcelona. Yup. A presentation that I co-authored got accepted, so my name would show up somewhere in Barcelona this coming September. I am the second author, so I don't plan on going, but it's another line in my CV, so that's good. Basically, the research is the idea of the first author, but I devised the experimental side of it. I was told that if he gets a question on the experimental design and the statistics, he would pretend that he is just the second author and deflect the question. Anyway, joking aside, I am pretty sure we would be talking about it before he leaves for Spain.

I suppose related to this would be what I would do for the next step. After graduation, which is a few years from now, what would be next? I don't want a cubicle job. I want to be part of something on the forefront of science. I never chose a major back in undergraduate because it would be earning me big money. I chose what I studied because I was really interested in it.

Regarding employment, I have been looking into applying for various positions all over the world. Due to the fact that my university funding expires at the end of the year, I need a substitute. I've been looking at various positions in different countries and states. And with that, I took several immigration tests. Apparently, I am eligible to immigrate to Canada and Australia, based on my skills and educational level. Now if only there are job offerings that would like what I can do.

Somehow, being in the job market can be stressing. I suppose I decided to postpone this by going to graduate school. But sooner or later, I also need to face it. Life indeed can be complicated at times. But hey, that's what makes life interesting, isn't it? 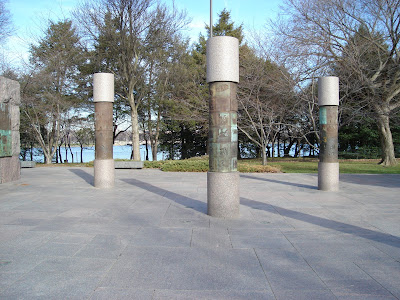