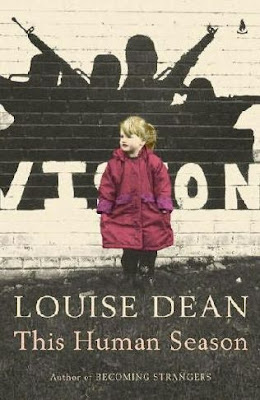 Tragic is the operative word for this novel. At first, I didn't like the way the novel progressed, since this is one of those novels that are unkind to the reader. But as I persevered, it grew on me, painting a picture that was rather grim and tragic.

So, what is this novel about? This novel revolves around The Troubles in Northern Ireland, with alternating chapters between the story of John Dunn, his girlfriend Angie, and his son Mark Wilson; and the story of Sean Moran and his family. John Dunn is a former Army person, British, and a worker in the Maze Prison. He is a Unionist, but he doesn't really care. He just goes in and goes out, for the job. He has an illegitimate child, Mark, who is 19 years old. During the course of the novel, John learns of Mark's existence, and they eventually meet and bond, for a short while.

The other story revolves on the Republicans, centered around the Moran family. Sean Moran is also 19 years old, and is a prisoner in the Maze Prison. His mother Kathleen is a worried housewife, who is having an affair with Brendan Coogan, an important person in the IRA. Her husband, also named Sean, is an alcoholic. They have three other children: Mary, who left and moved to England; Liam, who is 13; and Aine.

Basically, what the novel does is paint the tragic lives of both sides of the people involved in The Troubles. The prisoners stage their blanket and dirty protest, while their families outside are worried to death about them, while the prison guards are killed one by one by the IRA in retaliation for the subhuman treatment that the prisoners get. Basically, the prisoners want to be treated as prisoners of war, not as common criminals. Over the past few days reading this novel, I have learned more about The Troubles than I have known in the past.

So why was I a little bit hesitant at the beginning of this novel? The thing is, like I said earlier, the novel is unkind to the reader. The novel doesn't begin smoothly, where there are introductions and background settings and all that. It doesn't begin with Once upon a time... Instead, it plunges the reader directly into the action. The main backbone of the novel is in the dialogue. The narrative is minimal, and everything instead is made known to the reader by means of the complex dialogue that occurs between the characters. Thus, not every fact is presented in the best possible order. Instead, the reader has to slowly and patiently wait until every piece makes sense. In the end, I liked this way of presentation.

I suppose a tragic subject needs a tragic ending. This is not a book that will make your heart glow. Instead, this is a novel that will make you glad that you weren't there in 1979 in Belfast. I do not want to spoil what is the tragic event at the end for potential readers out there, but I believe it is the best ending possible in this novel.

So, I am recommending this, if you are very interested in the history of Northern Ireland. 4 out of 5 stars, I think this is a very good piece of historical fiction. It moved me, but the subject matter was not enough to give it a full 5 stars. By no means is this a fault of the author, but more about my general interests in things. 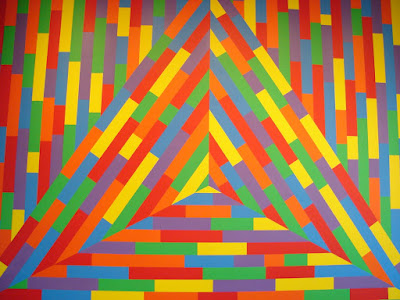 (Technicolor, from my Hirschhorn Museum Series)