Book Review: The Geometry of God by Uzma Aslam Khan 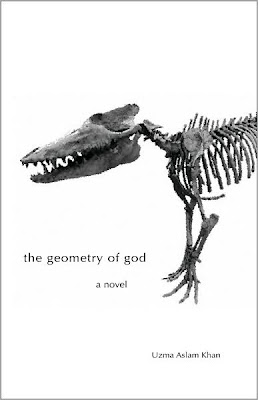 Hmm, I don't know how I really feel about this book. I don't like it, but I don't hate it either. I guess I am ambivalent. And I think I know why.

That basically was the description of the book from the back cover. However, in order to add more to that, let me continue. Zahoor and Amal are people who work in science, and they have found several interesting fossils that would somehow provide evidence to evolution. Now simmering in the background is the Party of Creation, which is this small radical group that wants to promote Islamic conservatism. They attack science in particular, and they take the Quran as the ultimate source of knowledge, including everything science-related. This is where Noman comes in. Noman is the son of one of the prominent members of the Party of Creation, and he is sent to spy on Zahoor, because they see Zahoor as a threat, since he is an influential scientist.

However, to make things more complicated, Noman eventually changes sides. He sees the scientific approach better now than fundamentalism, and so he befriends Zahoor and his grandchildren, eventually falling in love with Mehwish. However, he has done a bad deed in the beginning that eventually leads to Zahoor's death. What that is, I will not tell, that's up for the reader to figure out.

Now, this book had the potential to be liked. I like the conflicts that the book provides. The topic of religion and science has always interested me; just look at the other topics that I blog about here. However, perhaps the problem with this book is that there are too many things that it is trying to cover.

So what are the conflicts that are being tackled in this book? Well, for one, there's the religion versus science debate. That is a prominent topic in the book. Also, there's the puberty and human adolescence topic, since Mehwish starts as a little seven-year-old girl at the outset, and the she is seventeen when the book ends. There is also the conflict about traditional values in Pakistan, about how women should just remain in the house and not go out digging for fossils and rocks. Finally, there's also the emotional conflict between the erotic relationship between Amal and her boyfriend, Omar, who she eventually marries at the end of the book.

So yes, given the fact that there were too many things that this book was trying to cover, things eventually get all over the place. Perhaps I am a fan of the small-but-deep approach, not the large-but-shallow approach. I wish there were less things that were being discussed, and the discussion could have been more intense.

I have to say though that this book's saving grace was that there are four narrators, and they each provide their own point of view at the matter. The narrative is also non-linear, because it isn't the temporal property of the narrative that is important here but the narrator. For that, I was able to find something in this book that I appreciated.

So, do I recommend this book? Hmmm, that's a good question. Perhaps I only recommend this to people who would appreciate more the literary devices that are in place in this novel, but plot-wise, I think there's too many things going on for me to actually focus on one thing and fully appreciate it for what it's worth. 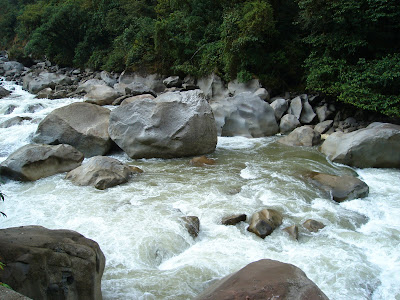 (The Urubamba River, from my Sacred Valley Series)