Mexican Meanders: Museo Amparo and the Cathedral of Puebla

While we were in Puebla, we decided to split and meet up again later. This is because I prefer heading into a museum but he on the other hand preferred strolling on the streets. So I headed to the museum that is worth a visit in Puebla, the Museo Amparo. They say that if you're only going to visit one museum in Puebla, then this should be it. 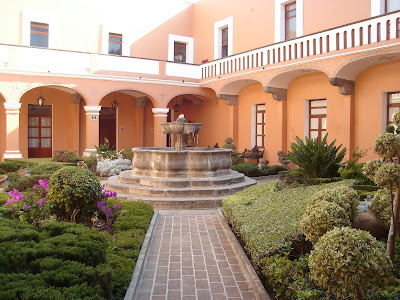 This is a museum that is contained in a colonial building that was painted pink. It was quite colorful actually, and was one of the buildings in Puebla that really appealed visually. As you can see, the courtyard is also pretty interesting. 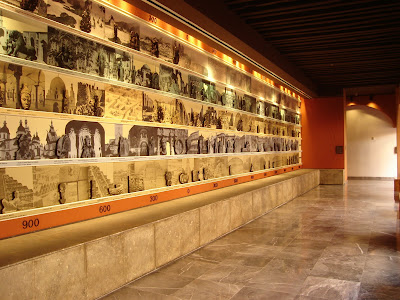 This is in essence an anthropological museum, and there are plenty of displays about the lives and artifacts of the native peoples in Mexico and the rest of Mesoamerica. Since I haven't visited any anthropological museum while in Mexico City, I figured it was a nice change of scenery and information. The above picture shows a general chart depicting various advances in human civilization in various continents. 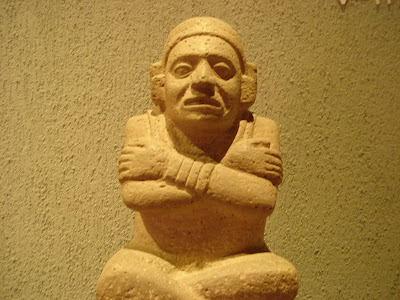 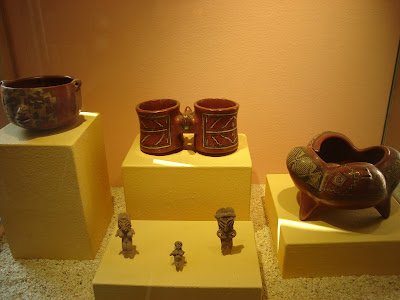 There were plenty of displays of human artifacts; as you can see in the sampling of the photos above, I saw statues, figurines, cups, goblets, and other things that originate from this part of the world. It was altogether a very interesting and informative hour. 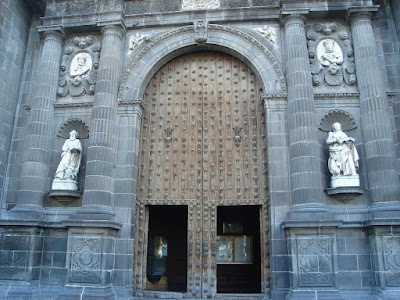 After visiting the Museo Amparo, I went north and entered the Puebla Cathedral. This is one massive structure, although the cathedral in Mexico City is still larger I think. The difference is that there is this distinct feel that this cathedral still wants to be a cathedral, and not just another tourist destination. There were plenty of signs reminding visitors to behave, and they were in English too, suggesting that their target audience was the tourists. I entered through the North Entrance. 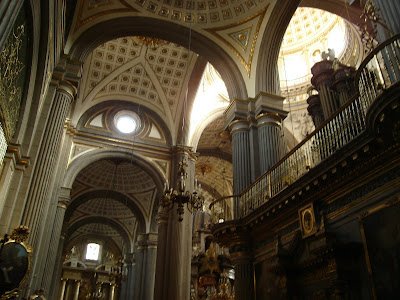 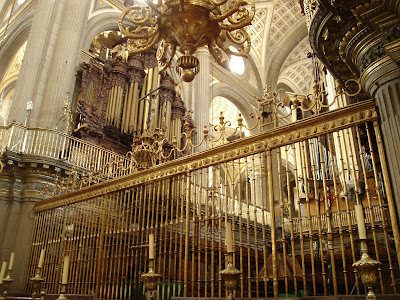 The interior was quite magnificent. As you can see in the two pictures above, there's plenty of gold in there. Everything tended to shine, which was rather spectacular. 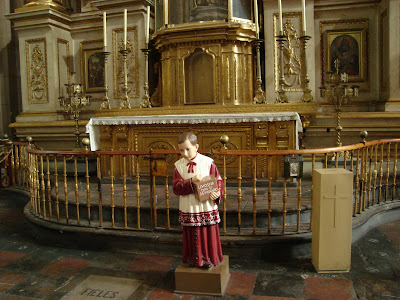 While inside, I found this little statue of a boy, asking for donations. I found it rather cute. 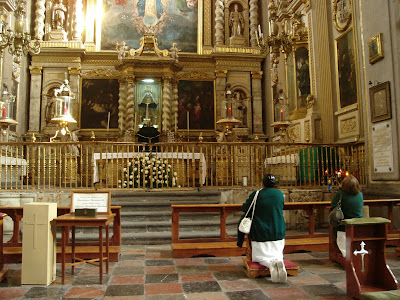 And I also saw these two nurses, perhaps either going to their place of work or going home, but they were quite fervent in their prayers. They were reciting something in unison, but I thought it was rude of me to go ahead and ask what it is they were reciting. Overall though, it seems that Puebla is a staunchly conservative place, although that didn't prevent them from doing the Mexican trademark killer make-out sequence.

After spending a good afternoon in Puebla, we decided it was time to head back to Mexico City, so we headed over to the bus terminal and went back.