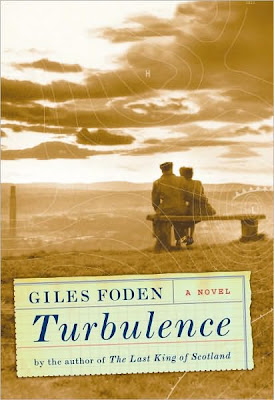 An edited version of this article was first published as Book Review: Turbulence by Giles Foden on Blogcritics.org.

If you're in the middle of a war, and you're planning a major attack against your enemy, then presumably, you would want to know what the weather is going to be like, during the day you are planning on doing it, right? That is the core question that surrounds the narrative of this latest book by Giles Foden, entitled Turbulence.

The story is centered on the character of Henry Meadows, a British meteorologist who grew up in Africa. His actions are followed by the narrative, as he tackles several tasks. His first task was to befriend Wallace Ryman, a brilliant meteorologist, but who also happens to be a conscientious objector. The reason for this is that Ryman seems to be brilliant enough to have discovered the "Ryman number" which supposedly predicts turbulence and other weather patterns with extreme precision. Obviously, such a mathematical equation is useful for wartime activities, that the British government wanted to have it for their own use.

However, after a third of the novel, Ryman dies, accidentally, in Meadows' hands nonetheless. Thus, Meadows undertakes a second task, that is, doing research on heavy-duty bullet-resistant material. Again, he becomes part of the scientific arm of the British Army, but soon enough, this project is also shelved.

Finally, during the final third of the novel, he becomes a meteorologist again, and uses information he gathered from Ryman while he was alive, helped the Allied forces in planning when to hold D-Day, also known as the Invasion of Normandy.

That is pretty much the grand synopsis of the novel. As it is a historical novel, the reader pretty much knows the outcome of the story: D-Day happens in the end. But no, Giles Foden embedded little bits and pieces that only at the very end, made sense to me. Every now and then, there would be brief journal entries that looked like sailing logs, navigational positions, and so forth, dated 1980. There are about 4 of these scattered across the prose. The rest of the story, however, dates in 1944, which are the months that lead to D-Day. Only at the end would it make sense, and personally, I think it was a neat trick by the author, in adding a little dose of suspense in an otherwise well-known story.

Unfortunately, I have to say that this is not the best book I have read. I do acknowledge that the writing style was quite engaging and intriguing. I found myself turning the pages one after another, noticing that my pace was quite fast. After all, the level of suspense was quite adequate in my opinion. However, I failed to see a coherent whole. I felt like there were three stories that corresponded to the three phases of Henry Meadows' life. I cannot come up with an over-arching goal of the novel, aside from telling the story of Henry Meadows' life. D-Day at the end just provided a convenient point to end the story.

That being said, I have to say that this is a well-researched book. I am an academic, and yet I think the technical and scientific details that are present in the book are accessible even by the most ordinary lay-person. Meteorology is a very complex topic, but it was quite easy to grasp just by reading this prose. I have to say that I have learned quite a bit about the topic just by reading this book.

So overall, I have enjoyed reading this book, but perhaps I would not miss it, if I happen to pick something else. I am giving this book 3 out of 5 stars. 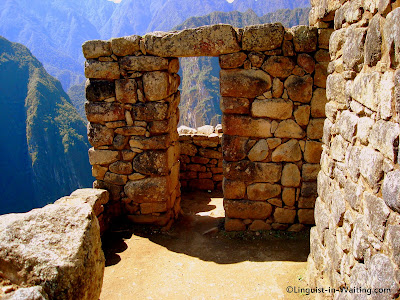 (Doorframe, from my Machu Picchu Series)