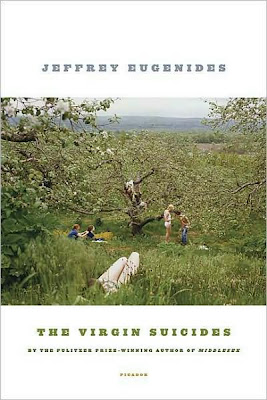 An edited version of this article was first published as Book Review: The Virgin Suicides by Jeffrey Eugenides on Blogcritics.org.

Bizarre, abnormal, and tragic. That is how I would characterize this book. See, I picked this book from a friend's collection, as I should say, the title is intriguing. And as I progressed through the book, I found myself having various feelings toward the book, from disappointment, to frustration, to admiration. Yes, it is one of those things where I felt that the book starts bad, but ends up as a grand tour-de-force of fiction.

But first, a synopsis.

This is the story of five sisters, the Lisbon girls: Cecilia, Lux, Mary, Bonnie and Therese. It starts the story by narrating the events that led to the suicide of Cecilia, and the year that follows. As the title suggests, there isn't a single suicide in the book. In fact, all the sisters die, eventually. The group suicide forms the climax of the story, but what I think is amazing about this book is the way the events leading up to the mass suicide are narrated.

After Cecilia commits suicide at the very beginning, the lives of the remaining four sisters are narrated, from the viewpoint of the boys in the neighborhood. The reader sees how things deteriorate, delving into the most intricate fabric that binds this family in their nuclear dysfunction. As one reads through the novel, one thinks that it would be a good idea to just conduct an intervention and save this family from self-destruction. But no, the reader cannot do anything but just continue observing, from the point of view of the narrators.

Eventually, various events are portrayed: a botched group dance date, sexual behavior on rooftops, phone calls where no words are spoken, and so forth. Every aspect of the novel is just dark, and contributes to the overall macabre mood of the piece.

Did I say there's multiple narrators to this story? This is actually one of the few pieces of literature that I have encountered where the narrative is written in the first person plural. The narrative is actually from the perspective of the neighborhood boys: the boys who are classmates of the girls in school, who take interest in them sexually, and who later try to intervene in the vicious spiral the girls are entangled in.

Another aspect I liked in this novel was the fact that it is written in a faux-detective story mode. Several items collected from the girls later are presented as "evidence" complete with catalog numbers. The boys made interviews on people that were related in one way or another to the doomed family. Thus, it adds a shade of objectivity or scientific precision to the narrative, something that I found remarkable, as human dynamics and emotions are usually things that are hard to objectify.

One aspect of the novel that I didn't like is that it took me a long time to get into it. The writing style is not the problem: believe me, the prose is quite accessible. But perhaps it is this slow build-up, or what I perceived as such, that I didn't like. Only around the middle of the book did I felt like I couldn't put the book down. In other words, I guess I didn't find the book interesting enough until halfway through it.

So, overall, I think it was a good read. It is indeed a provocative book, as other critics described it. But I don't think I would go out of my way to recommend it. There are other books that I found myself enthusiastic about. I will give this book 3 out of 5 stars. 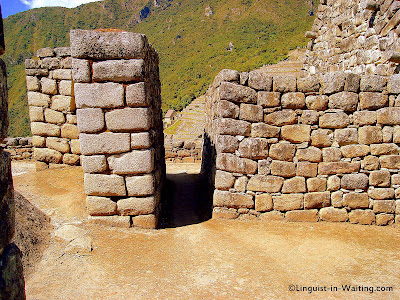 (Alley in the Sky, from my Machu Picchu Series)