Cavorting in Chile: Plazas in Santiago

During our stay in Santiago, there were plenty of places that we went to and saw. Most of the time, we were busy participating in the academic conference, yet there were times when we had a little bit of time and therefore, we took the opportunity to go out and see the city. For this entry, I am showing pictures of a couple of open spaces in Santiago, centering around two plazas, the Plaza de Armas and the Plaza de La Constitución.

The Plaza de Armas was actually the very first thing that we saw in Santiago. We arrived to our accommodation around mid-afternoon, after a long flight. However, we were so tired that we opted to take a short nap. Upon waking, we decided to go ahead and sight-see, as well as find dinner. Thus, the first thing we stumbled upon was the Plaza de Armas, which was just a few blocks from where we were. 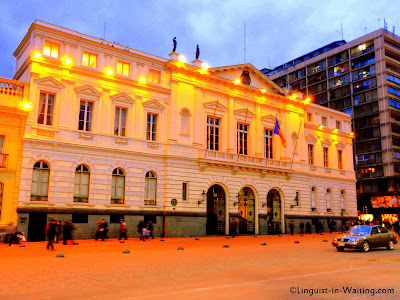 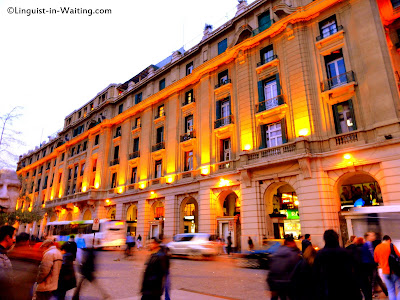 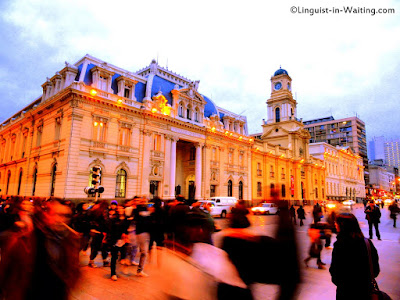 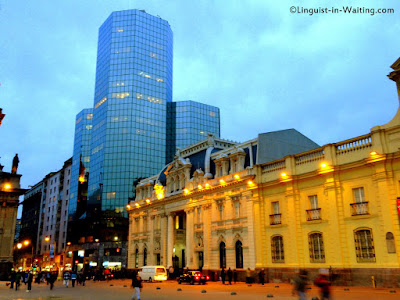 I already featured one site that can be found on this plaza, the Santiago Metropolitan Cathedral. There are other things one can see in this plaza, which includes the main Post Office, the Tourism Office, and several majestic-looking buildings that one can see from my pictures above. One can notice the way I played with the dimming lights; we were there during sunset, and it was just an interesting setting to see these illuminated buildings as people walked on by. 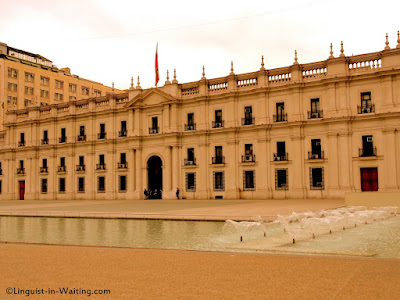 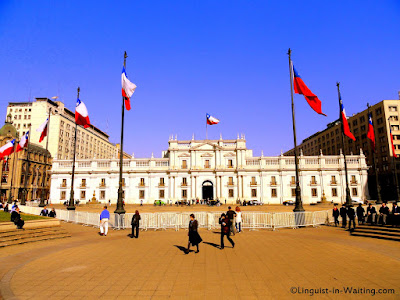 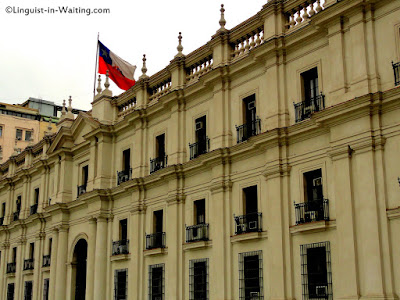 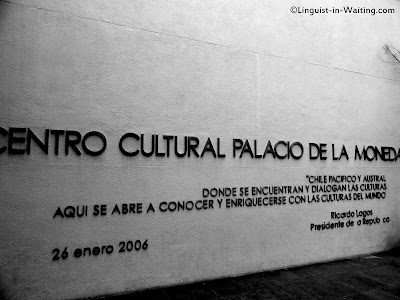 One neat thing about the plaza is that it is multi-purpose. There is a Presidential Palace, and there is a series of fountains in front of it, facing the other side of the building. And underneath the fountains, there is a cultural center and exhibit area that artists can use to display their wares. We decided to check it out. 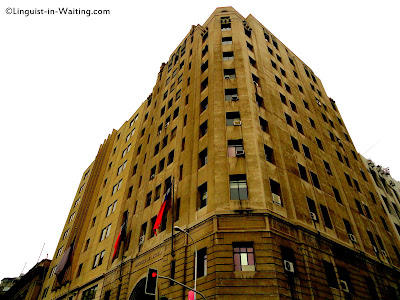 Around the area, there are plenty of buildings that are less Latin American in flavor, but more European, at least, in my opinion. 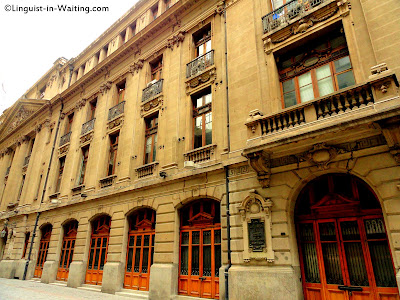 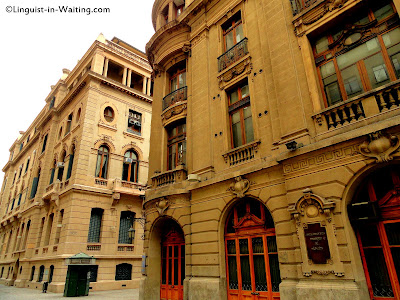 These last two pictures I am showing you are from the Chilean Stock Exchange building. This is found a couple of blocks south of the Plaza de La Constitución, almost near the main boulevard, Avenida O'Higgins. As you can see, the building is quite ornate, and yes, again, European in flare.

So this features some of my photos from Santiago taken from the streets. Watch out soon for another dose of visual information from my trip to Santiago!