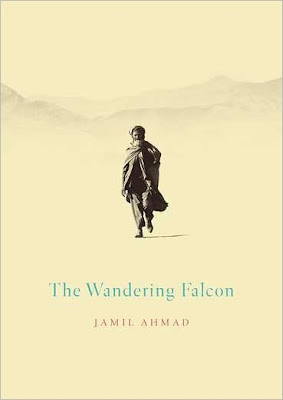 An edited version of this article was first published as Book Review: The Wandering Falcon by Jamil Ahmad on Blogcritics.org.

What happens when tradition clashes with modernity? What happens when one's nomadic life suddenly becomes hindered by modern concepts such as international borders and policy? This new novel by Jamil Ahmad, entitled The Wandering Falcon addresses these issues, using very wonderfully written prose.

As a short synopsis: this book tells the tale of Tor Baz -- the "black falcon" -- who is a boy, from one nomadic tribe living in the border between Afghanistan and Pakistan. His parents are shot in front of his eyes by other nomadic tribes, which triggers his own nomadic lifestyle, by being passed along from one tribe to another, gaining several foster parents along the way, and ditching them whenever circumstances force him to. Using just nine chapters, the book narrates his childhood, his adolescence, and adulthood, as he transforms from fugitive, to prisoner, to servant, to adopted son, to informer, to wife-buyer.

So what did I find fascinating in this book?

First, I like how concise it is written. There is only 243 pages, printed in large font. In short, this is a very short book, and yet, the pages are rich with scenic description. I have never been to this part of the world before, and yet, reading this small book made me feel like I was there, in the middle of the action, a live spectator as these nomadic tribes go along with their everyday activities.

Second, I also like how the title character metamorphosized every chapter. It is not clear what the title referred to, until the character was named, which didn't happen until a few chapters have passed. Every chapter saw a change in the boy, and I found myself anticipating and guessing which new character would be the boy's incarnation this time, every time I began a new chapter.

There are a few points that I wish wasn't the case. One is the ending. I do understand that this novel is very malleable: every chapter presents the main character in a different shape or form. But the reader presumably would want a closure. After all, it began properly, I expected it to end properly. I felt like I was left hanging.

Another point I don't like is the inconsistent point of view. Most of the chapters are written from the omniscient point of view, but one chapter sticks like a sore thumb. It jars the reader a bit, at least, it jarred me when I read it. Suddenly, I had to re-align this mental picture that I had in my head, and check who is who again.

However, I should say that the positive points outweigh the negative points. It is a very accessible book, and I liked the narrative style of the author. I felt so at home reading this, that little did I realize that after two hours, I have finished this book. 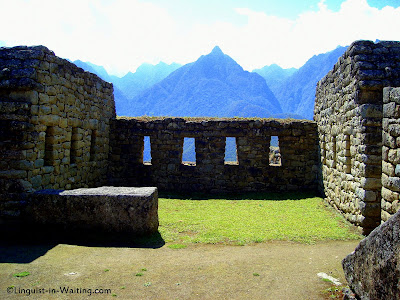 (Windows, from my Machu Picchu Series)