I visited so many religious and historical ruins while in Antigua. It was just crazy. Eventually, one gets church fatigue, and the itch to move on slowly climbs up and reaches a threshold. The Church and Convent of Santa Clara was the last religious site I visited in Antigua, before I moved on to another town. 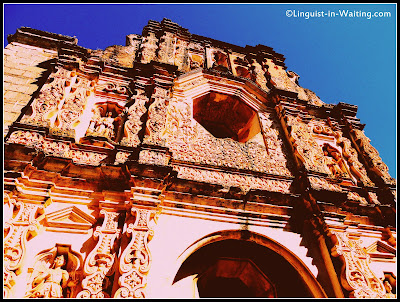 This convent is situated at the southeast corner of the town, a little bit far away from the rest of the hustle and bustle of the central plaza. After walking for about 10-15 minutes, I reached the facade, which is this intricately carved church front. As usual, behind this is ruins; just the facade remained, after the destruction brought upon by the earthquake. 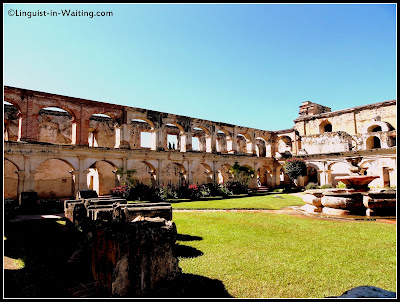 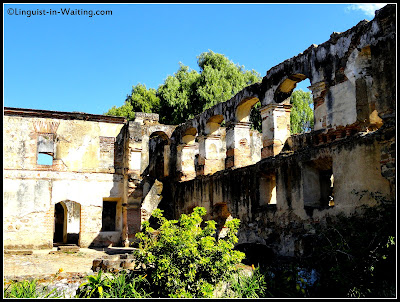 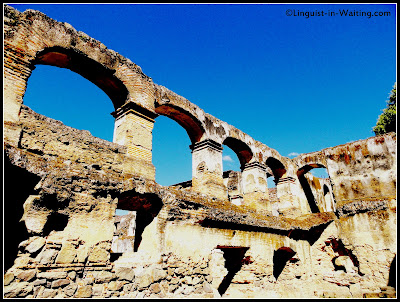 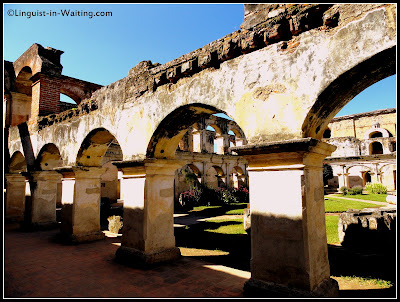 Entering the compound brings you to a huge square lined with arches, ruined of course, all arranged around a fountain. Every convent seems to have a fountain here. If one looks south, then one can have a good view of the volcanoes that surround Antigua. 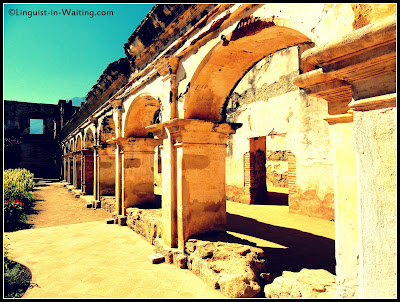 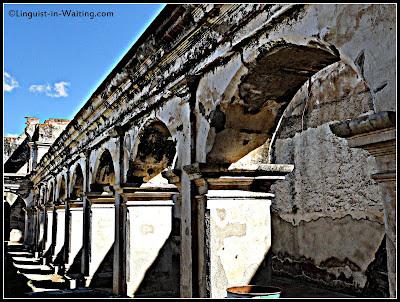 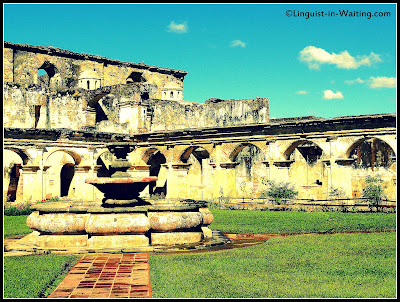 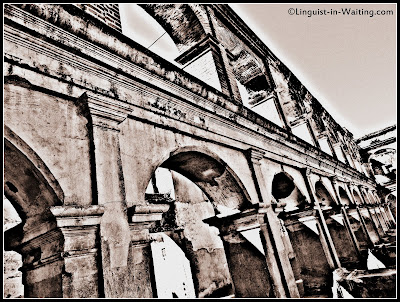 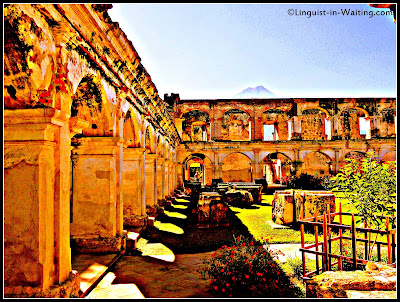 I personally love the way the lines are arranged here. As the photos above show, I had fun taking interesting shots of the place. 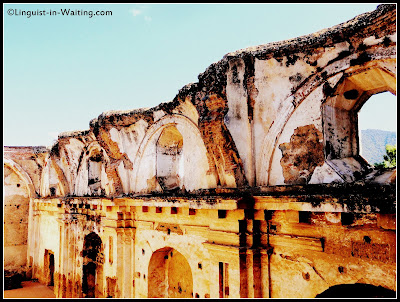 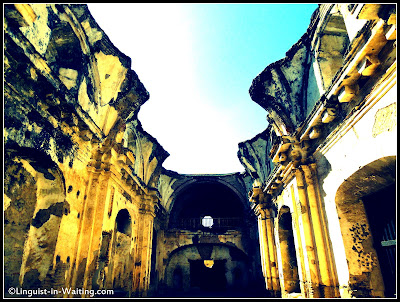 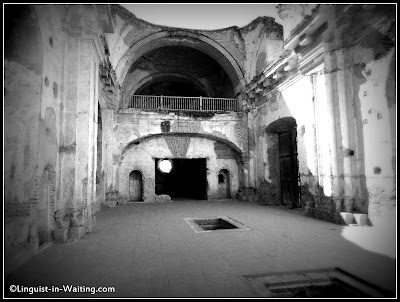 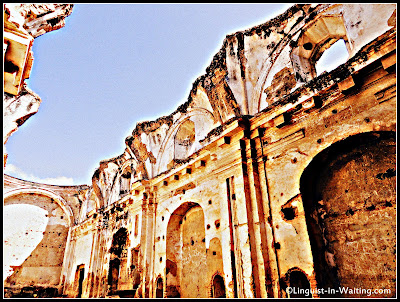 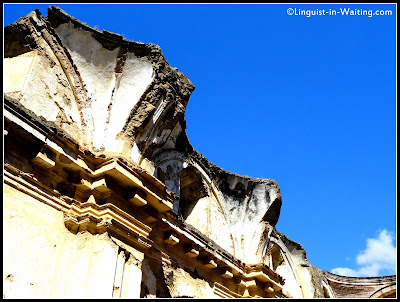 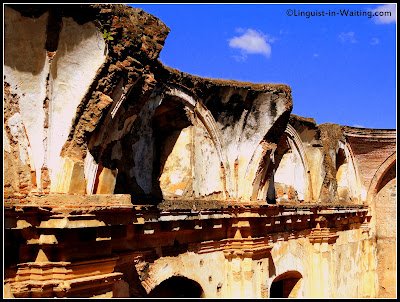 The six pictures above show the condition of the church that is attached. See how the ceiling and roof just collapsed, and just the pillars remain? That seems to be the general theme here in Antigua. The pillars are made strong, and yet the ceiling crumbles down. No wonder the capital city was moved to Guatemala City, as pretty much every structure here was destroyed during the earthquake. 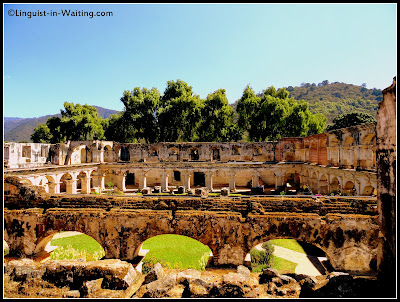 Finally, the view from the second floor. This is pretty much the whole convent, minus the ceiling. It reminded me actually of the Colosseum, as seen from the inside.

So, this concludes my religious blog entries from Antigua. I have one last post about Antigua, before I head over to some other place, which, I should say, is very culturally interesting.