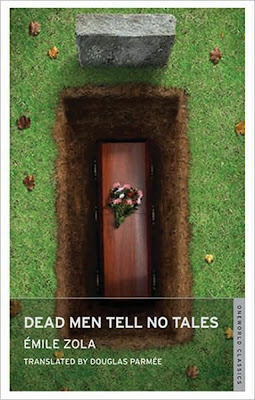 Death is a natural component of human existence that is rather bizarre: it may be an integral and natural part of humanity, yet so many people do not want to talk about it. And of course, I do understand why: people just do not want their loved ones to go away, and that is one powerful negative emotion that most people do not want to talk about. And yet, Émile Zola has written several short stories about it. This book is a collection of several of his short stories addressing powerful and at times taboo topics.

Dead Men Tell No Tales contains 16 short stories telling the tales of the lives of people in France, and every story has a punch, a sort of morale, in a way. There is a running theme here: death. Sometimes, it is death the physical process, sometimes it is death as a metaphor, where instead of the body, it is the person's essence or soul or substance that dies.

"Death by Advertising" is a funny story about a man who believes in everything that is advertised. He falsely reasons that an item must be good if its advertisement is nothing but praise. He dies in the end, as the title predicts, but not before letting the reader laugh at all of his follies and stupidity.

"Story of a Madman" tells the tale of a husband, who is unwanted by his wife, and so his wife fakes "accidents" every night, making it seem like her husband is mad. The husband then is taken into an asylum, but the wife later realizes her mistake. However, when she visits her husband, she couldn't recognize him anymore, as he definitely became a madman, and his soul is already dead.

"The Way People Die" is a favorite of mine. It actually is a collection of stories on its own, making it metafiction. Every chapter tells the story of a person from a particular class, and how they die. Some die in pomp and circumstance, some die silently, sidestepped and unnoticed.

"Dead Men Tell No Tales" is an amazing story of a man with a locked-in syndrome that was presumed dead, and therefore buried alive. I won't tell how the story goes and ends here, but it is quite gripping I should say.

There are other stories that do not touch on the topic of death per se, but still paint a great picture about morality and the lives of French people. I especially appreciated the ironic twist in "Shellfish for Monsieur Chabre", as well as the stab Émile Zola takes at religion on "Priests and Sinners". There are other stories that are worth mentioning here, but if I mention everything, I am afraid I am taking away the experience from the reader, hence I will refrain from doing so.

Overall, I appreciate the writing style Émile Zola has. He does a great job at portraying characters that are powerful, yet unseemingly so. I also enjoyed the twists and turns of his stories, and most of all, the sometimes morbid irony that is present in most of these narratives.

To conclude, I am glad that I have picked up this book from the library. Due to my impending move, I cannot borrow any more books from this library, so this has been my last book. I will find another library to visit, but the next one won't be from Buffalo. I give this book 4 out of 5 stars. 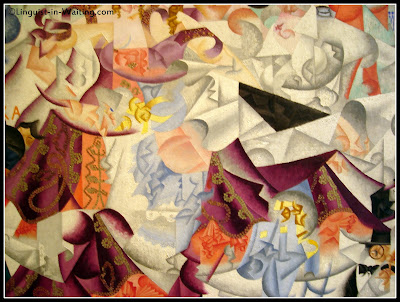 (Purple Cubes, from my Museum of Modern Art Series)