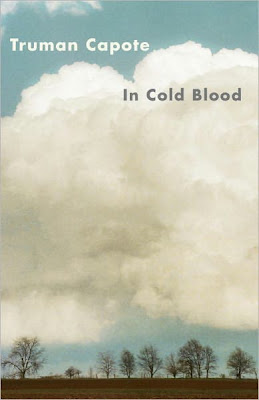 A family of four is shot to death in a quiet rural area of Kansas. Who did it? Why was it done? Truman Capote produces this tour de force of an account of how two men killed four people in the middle of the night, dissecting every bit of the crime in excruciatingly painful detail. This is perhaps one of the better non-fiction pieces I have read in a while.

The book begins with the narration of the setting. Capote describes the town of Holcomb, Kansas, as well as its residents. Like a true reporter, he does this methodically. I loved the way this was done, as he describes every resident in a very thorough manner, going over them one by one, telling the reader how he or she relates to the victims, and what their role is in Holcomb society. Capote does not use elaborate discourse structure, favoring instead the clean methodical approach, where he goes over the narration one by one, piece by piece, as if describing the rooms of a mansion in the order that the visitor entered it.

At the same time, Capote also narrates the events that surround two men, Dick Hickock and Perry Smith, as they go around the United States. At first sight, the reader wonders why these two men are present in the book, but slowly, the two narratives (the perspective of the victims, and the perspective of the killers) merge. Slowly, the reader realizes that these two men are indeed the murderers of the Clutter family.

Right at the middle of the book, the book takes a turn, when the authorities finally arrest Hickock and Smith. From here onwards, the reader looks through the minds of the two murderers, and somehow, Capote does an amazingly bizarre job of humanizing these killers, as inhuman they might be. I think Capote did a great job in giving them the benefit of the doubt, trying to ascribe humanlike qualities to them, even though they would fail most tests of sanity and normalcy. I almost thought that at times, Capote thought these men were innocent, although he would prove his journalist’s blood and still appear objective at the very end.

So, did I like this book? Very much so. I appreciated the writing style the most. Somehow, I find it interesting why Truman Capote decided to write something about this killing, but I believe it was rather well done. It is evident that the writer is a well-accomplished journalist, and to some degree, one can say that this book is actually a study in criminal minds.

I may not be too enthusiastic with respect to the content of the book, but because of the writing style, I am willing to give this book a good rating. 4 out of 5 stars. 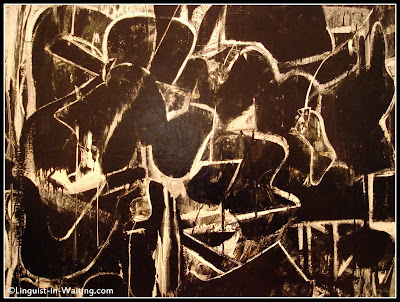 (Abstract Black and White, from my Museum of Modern Art Series)