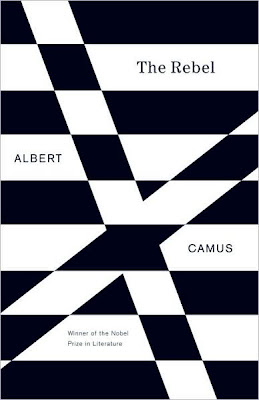 I rarely read non-fiction. And when I do, sometimes I hate it, sometimes I like it. No surprise there. But sometimes, I wonder, what did the author eat to allow him to write prose like this?

The Rebel makes me think about this, big time. Really, what did Albert Camus eat that pushed him toward writing a dissertation about rebellion? Because seriously, this is heavy-duty brain work.

The Rebel tackles the issue of rebellion and revolution, from various angles. It begins with tackling it from a metaphysical level, where he deconstructs Sade and other writers. I wasn't a big fan of this section. After that, however, he tackles historical rebellion, mostly from the European perspective. He discusses how the French Revolution of 1789 was rather exceptional, because the people didn't just want to kill Louis XVI and replace him with another king, but the people wanted to kill Louis XVI and replace monarchy altogether.

There is an important difference between the two, which he brilliantly points out. In the first scenario, people would still believe in monarchy, in the idea that the king is divinely appointed and has the right to rule the people. However, by eliminating the monarchy altogether, that was an instance of rebellion, and therefore was more important and significant. I tend to agree, by doing so, the people have proved that they were willing to think outside the box and move on, progress, and change.

I also liked the section where Camus discusses Communism, from the context of Marx, Engels, and Lenin. I liked Camus' treatment of Communism, in the sense that this is a failed rebellion. Camus points out that Communism is in essence a Utopian idea, as Marx failed to comprehend the human nature of being inherently selfish. For Marx, he wanted a classless society, where everyone in theory can do any type of work. But with the advent of technology, that was not possible. There will emerge a subset of people who have more skills than others. There will be people who will manage, oversee, and direct other people. In short, there will still be the divide between managers and workers, and social class will still exist. By trying to eliminate that, Marx was simply delusional. Camus correctly pointed that out.

The last section dealt with rebellion in art. This part I did not like as much. I felt that Camus was at times appropriating ideas to artists, when he had no way of checking whether the artists actually felt or thought that way. How can he know that they were indeed producing those works of art in the spirit of rebellion?

Anyway, this book impressed me. It made me wonder how there can be people who spend a lot of time thinking about issues like these. For me, I read The Rebel just as entertainment, but there are people, like philosophers, who spend their whole lives working with these ideas and making a career out of it. I don't think I can do that with this topic.

So there, I read another non-fiction work. I give it 3 out of 5 stars. 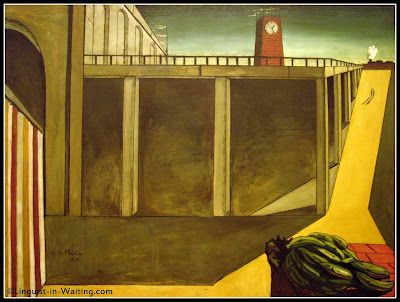 (Dark Scenery, from my Museum of Modern Art Series)