If one walks from Brandenburger Tor and head westward, one will find oneself in the midst of a huge green space. This is Berlin's central park, known as the Tiergarten. With 210 hectares of green space, this is smaller than the park in New York City, yet it still is a large expanse of land that is worth seeing. There are plenty of different sections of this park, filled with monuments, dogs and their owners, families, nude sun bathers, even gay males cruising for sex.

I started from Brandenburger Tor, of course. And sure enough, I immediately found some monuments and statues. 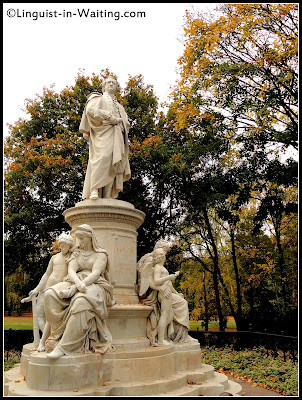 This one is the monument to Goethe. It is located just a stone's throw from Brandenbuerger Tor and the American Embassy. 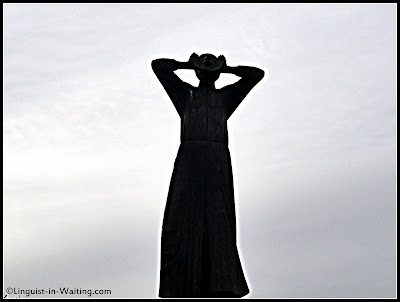 I then headed a little north and crossed the large avenue, Strasse des 17. Juni. In the middle of this huge boulevard is this statue of a shouting figure. 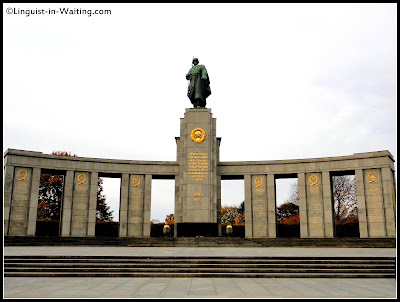 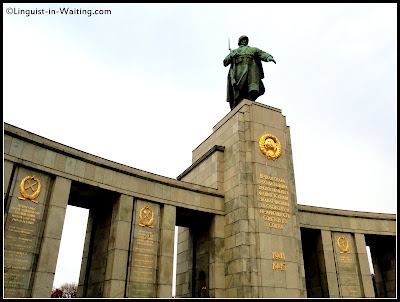 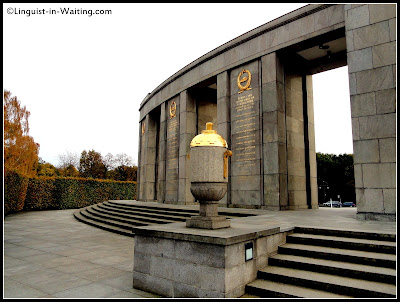 I then headed to the Soviet War Memorial. This is a huge stone edifice, erected by the Soviets in 1945 to commemorate the Soviet soldiers who died in the Battle of Berlin. 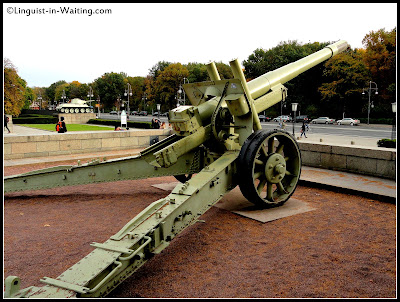 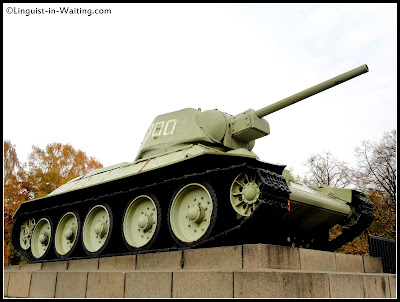 There are some war memorabilia displayed, such as these guns and these tanks. 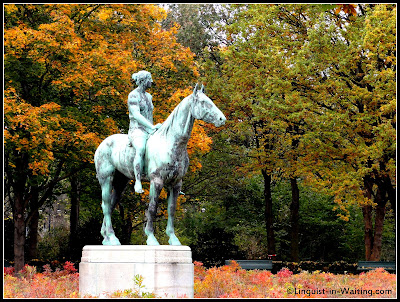 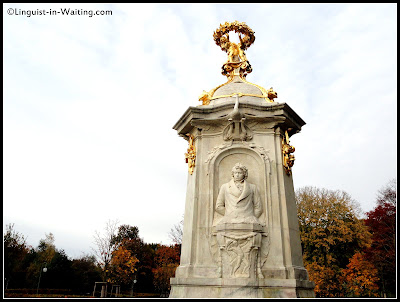 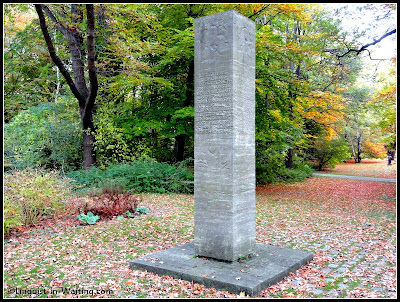 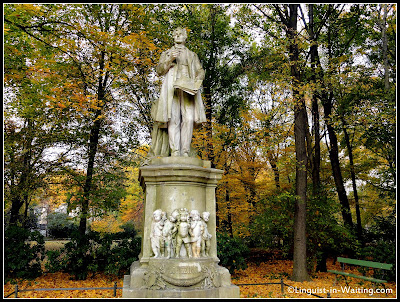 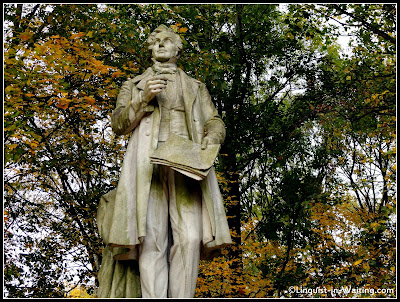 I continued westward. The park actually has several suggested routes to walk through the whole thing, and it even says what the various statues and monuments are that will be seen in the route. Here are some of them that I bumped into. 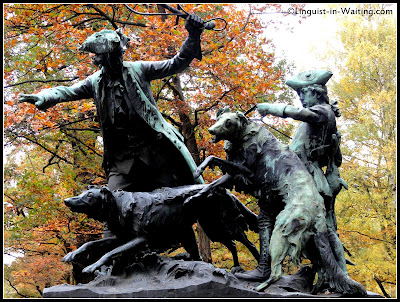 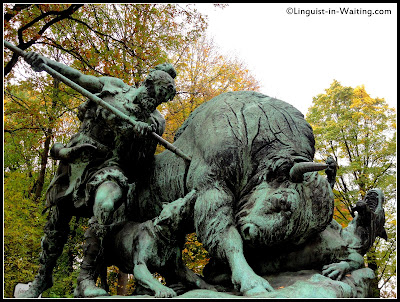 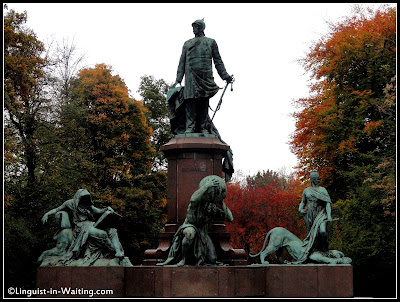 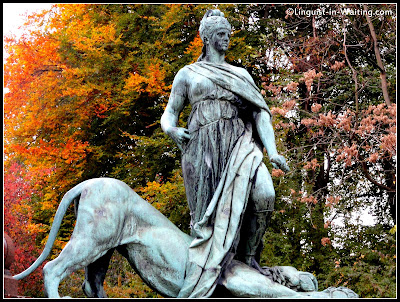 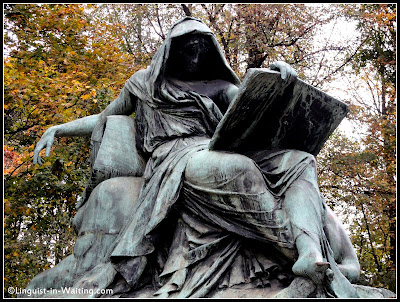 There is a stretch of pathway called Fasanenallee, where these statues are found. They point directly to the Victory Memorial, also known as the Siegessäule. 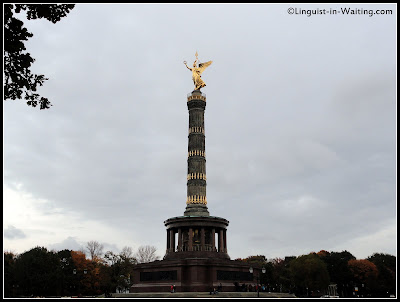 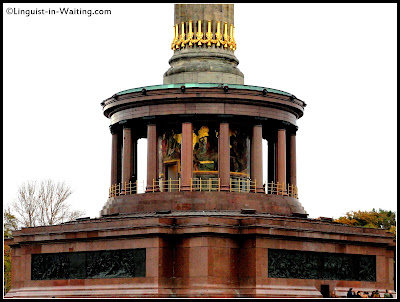 And yes, speaking of the Siegessäule, I headed there too. It stands right in the middle of a traffic circle, and one needs to go underneath one of two pedestrian tunnels in order to be in there. There is also the option to climb up the memorial, but when I visited, the weather was cloudy, and there was a long line. So I figured it wasn't worth the price to climb it. I just stayed downstairs.

So there, if you're visiting Berlin and the weather permits, I suggest taking the time to visit this place. It is highly recommended for families and their children, as there's plenty of opportunities to tire out the little ones. Just avoid the area near the Löwenbrücke.