One Saturday, I went to the center of town to the Gendarmenmarkt square, and visited the Konzerthaus Berlin. This is a concert hall, and also houses an orchestra. There are several halls inside this massive building, so if you check the calendar in their website, you will see that there are plenty of events that sometimes happen simultaneously. I didn't feel like attending a recital or concert, so instead I joined a weekly tour of the building, which happens every Saturday at 1:00 PM. 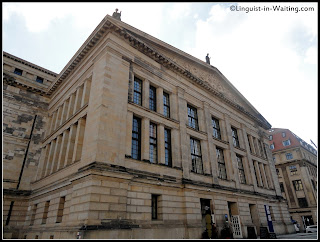 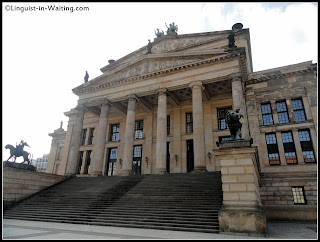 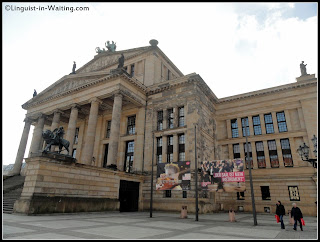 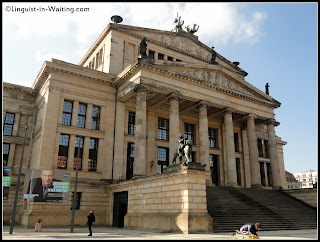 The four pictures you see above show the exterior of this building. It is large, quite majestic, and very prominent. 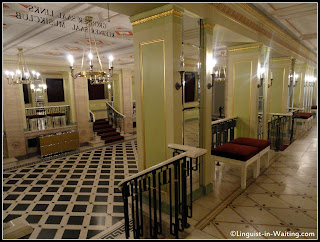 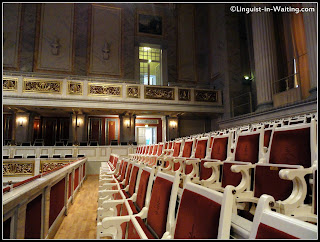 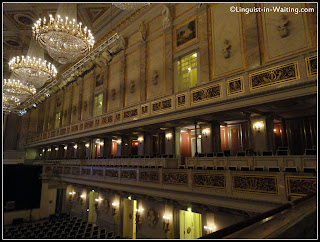 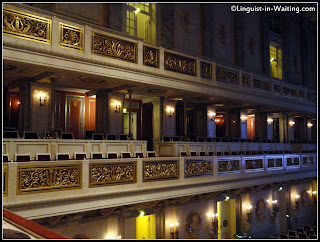 The next four pictures above show the foyer area and the Grand Hall. It is large and grandiose. When we visited the Grand Hall, there was a rehearsal going on, so we weren't able to remain there for a while. I could only imagine how much the tickets cost for these productions. 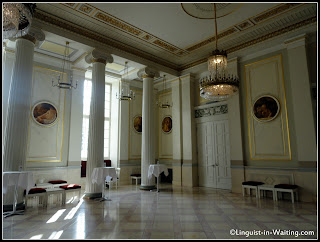 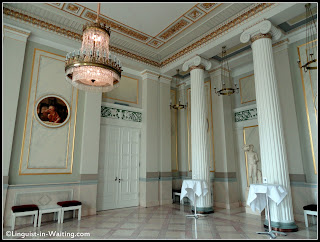 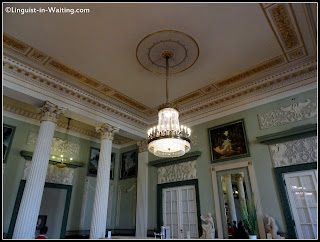 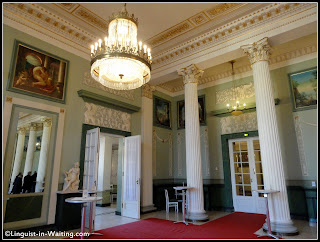 There are also rooms that are allocated for socializing and drinks. After all, when one attends a classical music concert, there's breaks in between, and there are also time for buying drinks and chatting with people. This is where people dress up and make themselves fancy. 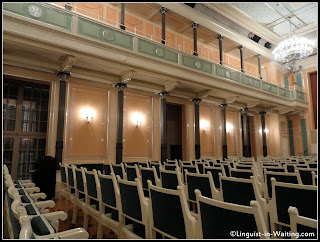 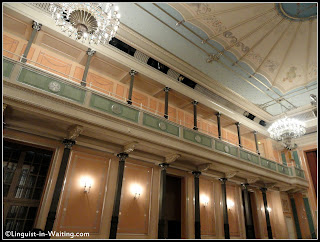 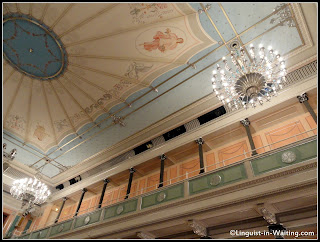 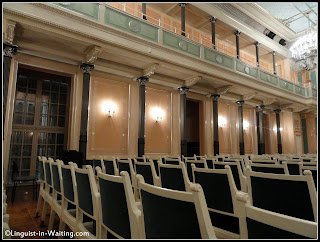 There are also other halls; like this one, which is the Small Recital Hall. There's also a Music Club, and a Black Box Theatre. Like I said, there are plenty of halls that one can use to hold a music concert. I didn't show the pictures for the others as I didn't like how the photos turned out. But you have an idea how big this place is.

As much as I enjoy music, I tend not to attend live recitals. I dunno, I feel like I will enjoy reading a new book, rather than hearing music played live. I used to think that the tickets are expensive, well, I was a student once, but now, even though I can afford those tickets, I still feel like it isn't worth spending 50 EUR on a concert ticket to hear a production that is 3 hours long. I'd rather head to the bookstore and buy myself a good book. That being said, I still enjoyed this tour, as I learned so much about the history and architecture of this building.