When we were in Ghent, not only did we visit a castle and a bunch of churches, but we also took the chance to walk around and see what the city was like. My overall impression of the city was highly favorable. As much as Ghent was a very pretty town, the tourist sector was not overwhelming. The souvenir shops were discreet, and strolling along the roads felt like the town was very real, instead of something where tourists run the place. It was indeed very different from other big cities in Europe (well, Ghent isn't a big city, after all), where almost everywhere you look, there is something, a shop, a booth, that is right there just because there are tourists.

Anyway, here are some pictures. 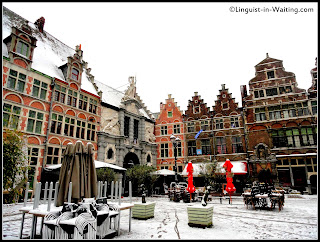 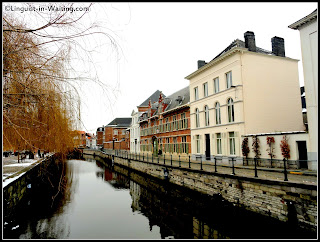 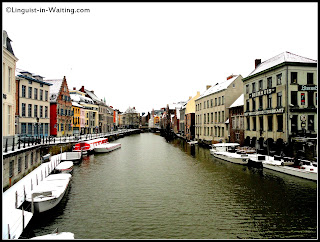 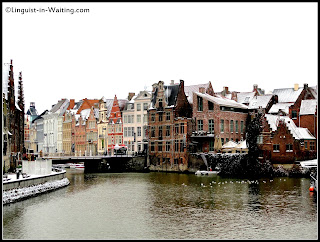 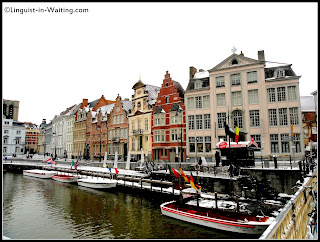 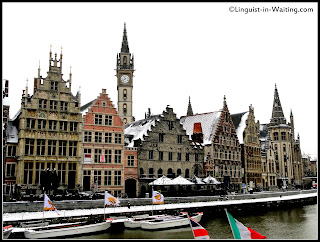 Ghent is a town with a canal system. Hence, here are some pictures of the Graslei, which is a street with the large canal right in the middle. This pretty much is Ghent's front yard. I have seen pictures of this street filled with students in good weather, but since we visited in the winter, the atmosphere was a bit different, and so it creates this mystic aura. I have previously visited Utrecht and Amsterdam recently; both of them also have canals. Somehow I am forming this hypothesis that in order to be a proper Dutch/Flemish town, you have to have a canal. So far that hasn't been debunked by personal experience yet. 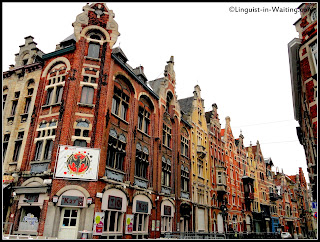 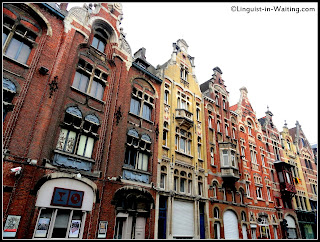 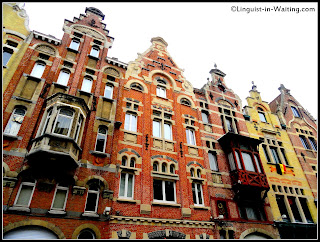 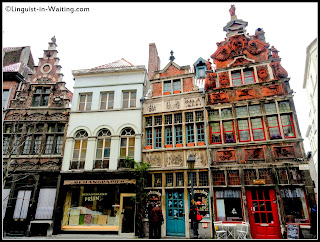 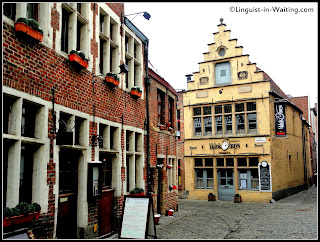 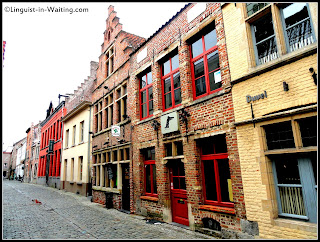 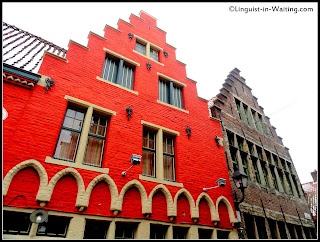 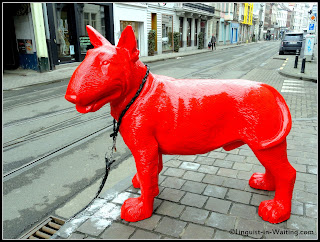 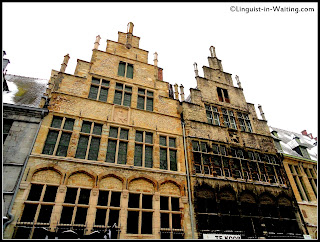 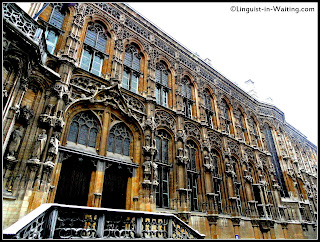 The above photos are just other photos I got from the city. As with Amsterdam, development was narrow and tall. And there's a huge red dog statue in the middle of the city too. I like the tops of the buildings, they look like lego.

So yes, I have enjoyed my visit here, after spending 2 nights. After that, we packed our bags, checked out of the hotel, and took the train heading south. Our next stop would be the big city of Brussels. Stay tuned for that!