Cavorting in the Caucasus: Mtskheta

If Armenia had a holy city for the Armenian Apostolic Church, then Georgia also had a holy city, and that city was Mtskheta. I always find the name of this city a little amusing, since there are so many consonants strung together; something which is impossible with the other languages that I speak. I just find the fact that the consonant cluster found at the beginning of the city's name features a pre-nasalized alveolar affricate (and the nasalization doesn't occur on the same place of articulation, nonetheless) followed by the voiceless velar fricative. Anyway, this is not a linguistics post, and I am not a phonetician, so I cannot say more about it. What I can say however, is that this city features a lot of holy places for the Georgian Orthodox Church. I visited a few of them, and yes, I took pictures.

Our first stop was the Jvari Monastery, which is located at the peak of a high hill overlooking the city of Mtskheta. This hill is actually very visible from the highway, so I actually saw it a couple of days earlier already when I was on my way to Kazbegi, as everyone heading to the Georgian Military Highway will pass by as one heads from Tbilisi. 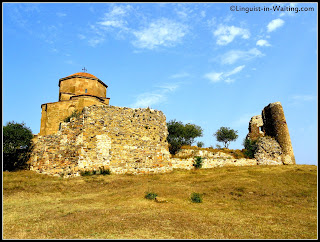 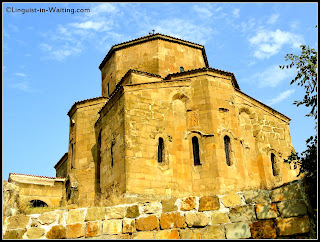 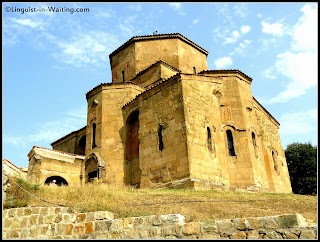 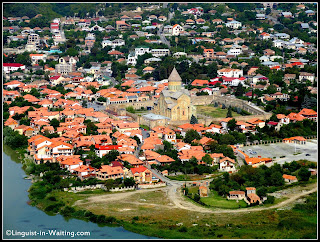 When we got there, there were actually lots of busloads of tourists from Israel, I had no idea why. Hence, the buskers were playing Jewish klezmer songs to entertain the Israeli tourists, and I had a hard time taking a picture without someone photo-bombing it. The photos I took above were the good ones. You can also see how the place overlooks the town of Mtskheta across the river. 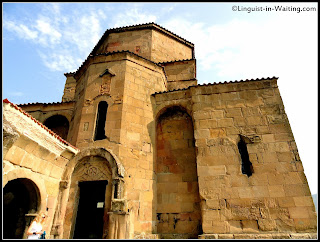 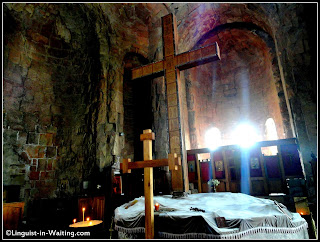 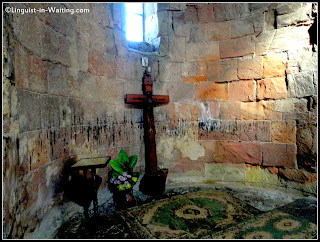 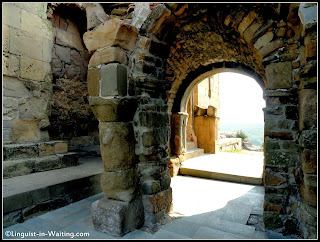 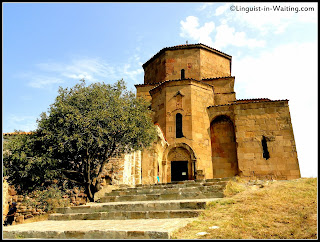 I checked out the interior of the place; again, as usual with Caucasian religious establishments, the interior was dark. Yet there were so many people wanting to check it out. I waited a little bit to capture these shots of relative peace. 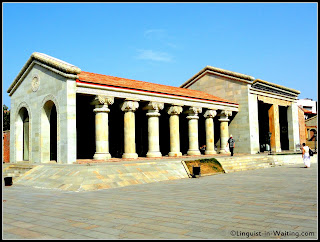 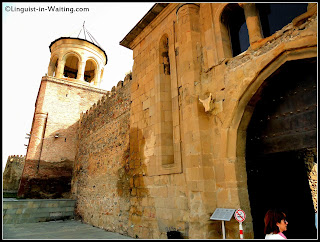 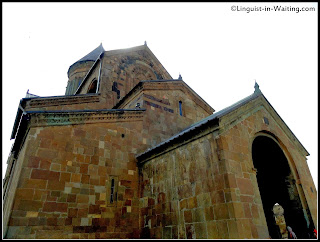 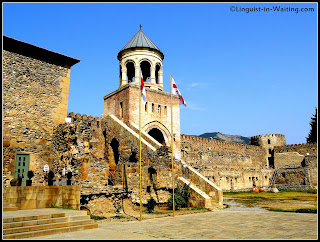 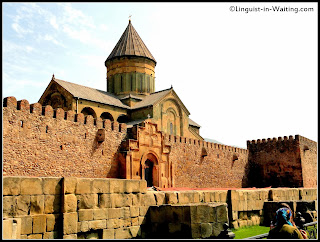 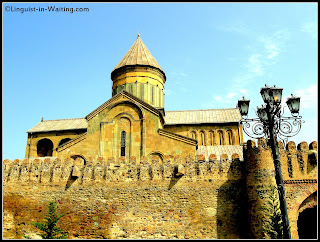 Finally, we crossed the river and headed for the main old town of Mtskheta. This was where the Cathedral of Svetitskhoveli is located. Unfortunately, photography was not allowed inside, so I had to be content with the shots from the outside. If you are a man, you will wear a skirt in order to enter this cathedral, unless you are wearing long pants. And women should cover their heads. Skirts and headscarves are available to be borrowed for visitors who don't have pants nor head coverings.

By this time, I think I have had my fill of religious institutions during my trip. Hence, this was the last church, cathedral, or monastery that I have visited. I still have a few other posts regarding this trip, but yes, it is finally heading to a close.