Meandering in Myanmar: The Plains of Bagan

Oh Bagan, this was the highlight of my Myanmar trip. It was mesmerizing. Seeing those temples casting their shadows across the horizon was just wonderful. It made the trip definitely worth it. But first, in order to get here, I had to take a wobbly domestic flight.

After checking out of my hostel in Yangon, I took a cab to go to the airport. As Yangon is a city that is delimited by a river on the south, the development all pushed northward, hence, the long-distance bus station as well as the airport are both an hour's ride away to the north, when one is coming from downtown, like me. I told my cab driver that I would be heading to the domestic terminal, as I was flying to Nyaung-U Airport that day.

This was sort of an interesting geeky aviation experience for me: it would be my first time to ride an ATR 72. This is a twin-engine turboprop short-haul regional airliner, configured most of the time has having four seats per row, with an aisle in the middle. Unlike most other aircraft I have ridden, the boarding door is at the back, not at the front, near the cockpit. I was assigned an aisle seat. And two hours later, after a short stopover in Heho, I was in Nyaung-U, which is the closest town with an airport to the plains of Bagan.

Anyway, I digress. This is supposed to be a post about Bagan. Anyway, after landing at the small airport in Nyaung-U and picking up my checked luggage in the small room designated for this purpose, I went out to the terminal. At the terminal, one buys the ticket for the Bagan Archaeological Zone, which is valid for one week. And then I saw the line of taxis. I told the driver where I wanted to go, and while speeding my way out the airport, I already saw the multitudes of temples spotting the whole area. I already thought that this is going to be an interesting visit. 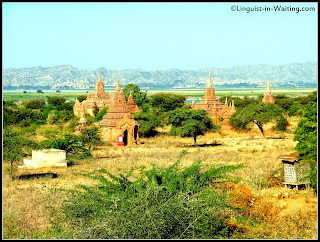 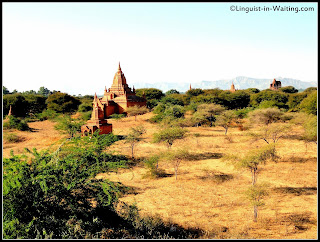 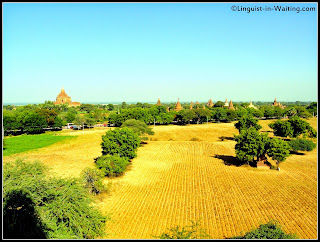 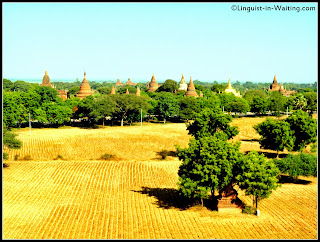 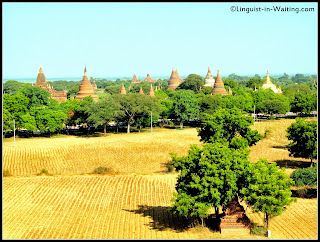 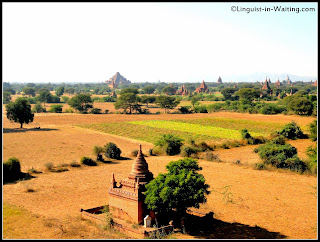 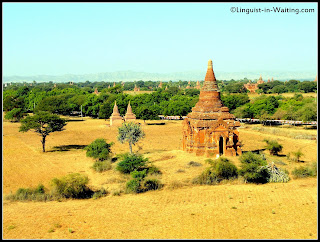 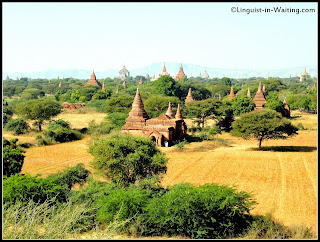 I spent three nights in Bagan. People typically rent bicycles or e-bikes and explore the area on their own. However, I happen to not know how to ride a bicycle, since the Philippines is not one of those countries where everyone knows how to ride one. So I did a lot of walking. Nevertheless, I still enjoyed my visit. For the first day, I only concentrated on the temples on the eastern plain, near New Bagan, where I was staying. For the second day, I then picked and chose, seeing only the biggest temples in the area near the north. The pictures above show an overview of what Bagan looks like. 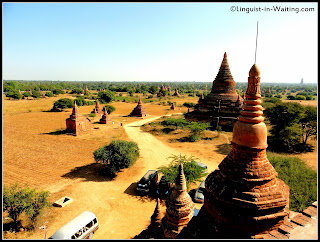 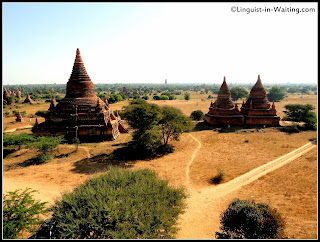 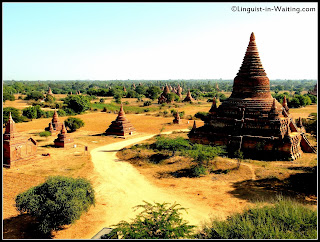 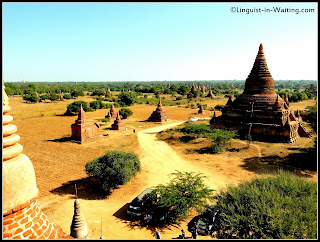 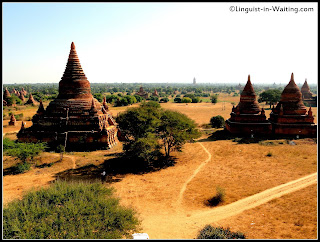 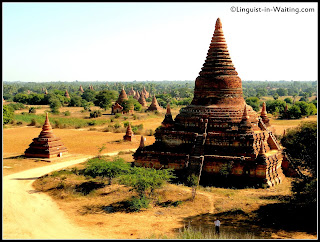 The pictures above were taken from the top of one temple in the northern plain. Seriously, as far as the eye can see, there are temples everywhere. The next several posts will feature some of the bigger temples one by one in the area. As much as there are plenty of temples around, there are also significant differences between them, especially with the larger ones.