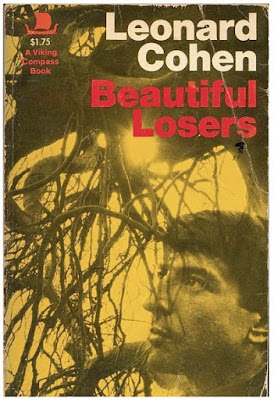 What a book. Although I have to say, that I probably hate it more than I like it. This is perhaps a book that one reads more for the experience of reading it, rather than for the story that the book conveys.

Sometimes, I even want to ask, was there a story to convey, in the first place?

See, this is a very complex book, which in theory is about a love triangle between the unnamed narrator, who is a specialist in a Native American group in Canada; F., who is a member of the Quebec Separatist movement; and Edith, who is the wife of the narrator. As this book was written in the 1960s, there are plenty of 1960s behavior featured here, most prominently its views on sex and the sexual liberation.

Now, the question is, did I like it? I don't think so. It felt like I had an acid trip. It felt like the overall experience of reading this book was just a long hallucinatory experience brought on by drugs, without actually taking some. Sex and mysticism feature a lot in this book, especially since all the characters somehow are obsessed with this Native American saint Catherine Tekakwitha. Definitely bizarre, no?

So no, I don't think I would be recommending this to read. The prose is indeed quite simple, but the overall book is very complex. Read this only when you want an artistic experience, when you want to say you've read a highfalutin piece to get some bragging rights, but seriously, once you read this, tell me what's going on. To be honest, I have learned more about the book by reading its Wikipedia article than by reading the book itself. I don't know what Cohen was smoking back then, but to be honest, I think I don't even want to know.

If you want some material to debate about endlessly over academic circles and smart-ass coffee shops, then by all means read this book. On the other hand, if you simply want a temporary escape during your daily commute to a fictional world which can be profound, then pick something else. I give this book 1 out of 5 stars.