Book Review: Empire of the Sun by J. G. Ballard 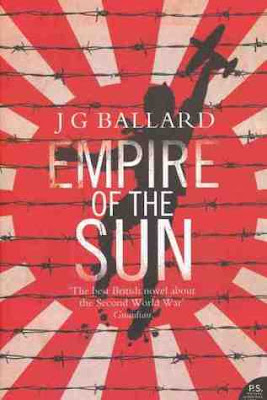 I've seen the film version of this book a long time ago, back when I was in Japan. It must have been almost 20 years ago. I remember liking the film, and the theme song even stuck to me that I opted to use it in a composition I wrote back then that is now lost. I do recall using the chord progression though.

Anyway, I finally got the chance to read the original. And I have to say, the experience is different. I remember the film having a happy ending, but the book doesn't. I guess the book is more somber, and realistic, so to speak. But before I go ahead comparing the film and the book, let me give a short synopsis first.

The book is about the experiences of Jim, an 11-year-old British adolescent living in Shanghai, in the International Zone. Shanghai in the early 1940s were populated by foreigners, with local Chinese citizens being treated as second-class citizens, above the Europeans of course. The local Chinese were just coolies and unskilled laborers, acting as servants to the Europeans who pretty much ran the place. That is, until Japan entered World War II when they bombed Pearl Harbor. Suddenly, you see plenty of Europeans being prisoners of war, refugees, because suddenly they are in enemy territory.

In the middle of this is Jim, who somehow gets separated from his parents. he spends 3 years in Longhua Prison Camp. Three years later, he is a hardened 14-year-old, who knows human nature more than the rest of us, and uses it to his benefit in order to survive the ordeal of war.

Judging from the contents of the book alone, it is a coming of age novel, showing how someone can age relatively quickly when faced with life's stressors, like war. Jim's playful and spoiled child character immediately gives way to maturity. He transitions from Jamie to Jim, as a symbol of this change. Another aspect of the book that I liked is the topic of European elitism, as the book shows that in times of distress, there are no such things are European supremacy. Everyone is a player in a dog eat dog environment. The coolies stop behaving like servants, and become violent to their former masters. This illustrates how different social constructs can easily unravel.

There are differences from the book and the film. I think the major difference is the ending. In the film, Jim gets reunited with his parents, who seem to have been unscathed from the war. In the book, Jim's parents were in China all along, but in a different prison camp. I should say I liked the book better, as it is more realistic, more intense, and less sugar-coating.

Overall, I liked the book, although I have to say I should probably have read this book at a later time, instead of reading it immediately after reading yet another prison novel (see my earlier book review). I give this book 4 out of 5 stars.