Book Review: Fanny Hill: Memoirs of a Woman of Pleasure by John Cleland 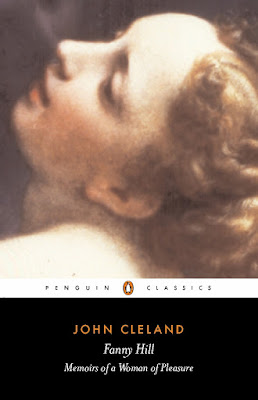 My taste in books is pretty eclectic, and I read books from a wide variety of genres. So this time, I decided to pick up something that I haven't really touched too much, that is, the genre of 18th century erotica. So this time, I picked up this book, Fanny Hill: Memoirs of a Woman of Pleasure by John Cleland, published in 1748. I didn't expect to be turned on, but regardless I wanted to see how 18th century erotica was like. After all, people's sexual tastes change over time, and I was curious what people back then found to be erotic.

One thing that I really wanted to remark about, is how sex is viewed back then, and how society's view of sex has changed over the years. This is perhaps one of the most prosecuted books in history, but truth be told, it is not sexually explicit at all, at least not directly. Nowadays in the 21st century, things can be hardcore, and there is a difference between erotic novels, erotica, and explicit pornography. Back in the 18th century, this is the most explicit one can get. And yet things are still spoken and referred to in metaphors. The words "penis" and "vagina" never appear in the novel. Instead, the penis is always referred to as a machine or a weapon, and the physical act of fucking is very much mechanized.

Comparing how 21st century erotic novels are to this one, there is a major difference in how things are described, which means that there has been a slight chance as to what people found arousing. Nowadays, you can easily find explicit descriptions of how someone's massive well-hung throbbing penis thrusts into the luscious wet lips of someone's vagina. In Fanny Hill, there aren't any explicit descriptions like that. Everything is described in a euphemism, and so the reader has to mentally transform this into explicit images in one's head to be aroused. I wonder what that says about the modern reader. Do we have less imagination now, such that everything has to be given up front and explicit? Or maybe that's just how we want to be aroused nowadays, we want it direct to the point, so that our brain sends flood flowing to our penises directly, giving us an erection?

Then again, there are the obscenity laws, that back then was extremely relevant. Nowadays, we can publish pretty much anything we want, back then, John Cleland didn't have the freedom that we in the 21st century currently enjoy.

I also want to remark about the morality of that day. There was one sex scene between two men, the only gay sex scene in the book, and as far as I can tell, it was described but not in order to arouse, unlike the other sex scenes. Fanny, even though she does have quite a varied experience by now when it comes to sex, found the gay scene rather horrible (she was spying on the two men in an inn), and made a big fuss about it. However, Fanny's first sexual experience was actually with another woman, and she didn't have a negative attitude with respect to lesbian sex. The editor notes that this was the received view back in the days, after all, Fanny the character was just reflecting the bourgeois attitude of the 18th century, when people generally had no objections to lesbian relations, but had quite a huge resistance against gay sex. This unequal attitude to same-sex relations have remnants on contemporary laws of some countries, where gay sexual acts are treated as a crime, but lesbian sex isn't.

Overall, I enjoyed this book, not for the arousal (my sexual tastes are perhaps a couple of centuries off), but for the historical aspect of the book. The edition I had was quite informative, as it was fully annotated, with footnotes providing more information to things that were relevant back then but would not be obvious to the modern reader. I give this book 4 out of 5 stars, and I definitely recommend it to someone having a historical interest in this genre.