Book Review: Up In The Air by Walter Kirn 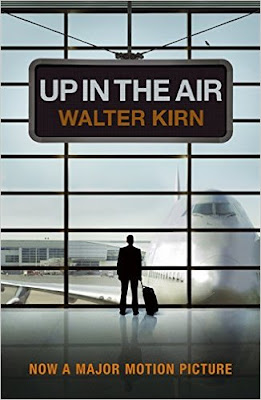 This is one of those books which I wished I didn't read. See, I watched the movie a long time ago, and I remember liking it. Unfortunately, the book didn't elicit the same response from me. It's also one of those rare events where the book was actually worse than the movie. Looking at it more closely, the film is just a loose adaptation of the book, and now I can see how the screenplay writer actually made a good job in transforming this bizarre unpalatable novel into something way better.

See, this novel is about Ryan Bingham, a corporate person who flies around all over many cities in the United States, and his job is to fire people. That's pretty much where the similarity ends. The movie made Ryan Bingham a hero, the novel portrayed Ryan Bingham as a good-for-nothing person, an inhuman robot, whose sole concern was to fly around the place in his quest to earn a million miles.

Yes, my major complaint on the book is its protagonist. Ryan Bingham in the book is flat, very predictable, annoying from the very beginning, and so full of himself. Sure, it's satire. But I would have hoped there was some kind of resolution in the end.

I compare it to reading Bret Easton Ellis' Glamorama, which is also satire, poking fun at the hedonistic world of actors and actresses who are all stoned and on drugs and full of themselves. Yet somewhere along the line Ellis deflates the scene and pierces his characters' bubble, and in the end the protagonists who used to act like they ruled the world are squirming on the floor asking for help.

In Up in the Air, Bingham in the end is still Bingham, full of himself, thinking he's the most important man in the universe, trying to score that million miles and a job in MythTech. So instead of providing closure to the reader, the reader thinks that he just wasted his time reading this book describing the glamorous robotic life of a road warrior.

At some point, I asked myself, what's the point of all this?

And near the end, when Bingham started hallucinating, and the narrative started becoming incoherent, I was just skimming the text, speed-reading, because really, I lost my interest several pages ago.

Maybe I was just expecting something else, or expecting too much. Maybe I wanted this book to be profound, but all it gave me was fluff. In any case, I am not recommending it. 1 out of 5 stars.