I completed Leg 3 a few weeks ago, when I walked from Brieselang to Hennigsdorf. It was Ascension Day, which is also celebrated as Father's Day in Germany. I was warned by some colleagues that I should watch out for drunk men in the woods, as that seems to be the tradition during this day. In any case, while I did see men drinking in the woods, they didn't bother me at all.

I started early, I left the house early enough that I was at the trail head by 9:15. I exited Brieselang station and headed right, as my first destination was a lake. 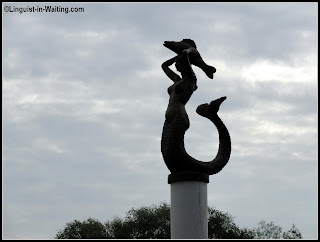 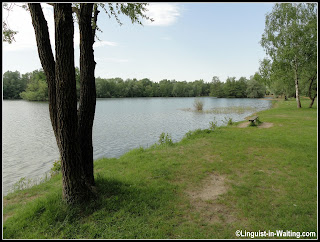 There is a small lake called Nymphensee just on the edge of the town of Brieselang. It seems to be a very clear and clean lake, to the point that you actually have to pay an entry fee during peak bathing season. When I was there, it was still free to enter, as the water was still quite cold. 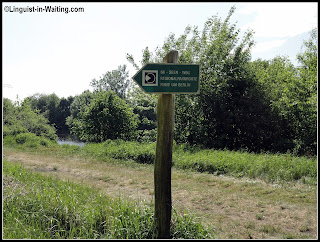 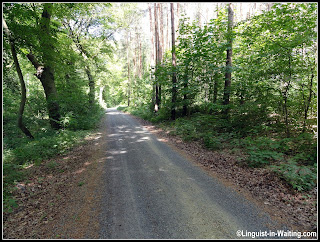 As I exited Brieselang, the scenery became quite rural. I walked through plenty of forest paths, and at a couple of times I even got lost. I made a wrong turn, but soon enough, I realised it wasn't the path I was supposed to take, so I backtracked a little and again found the blue dot that I was supposed to be following. 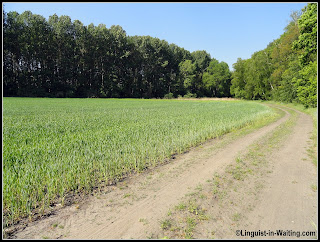 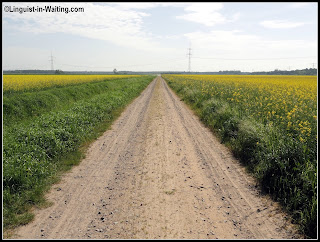 I went through vast open fields, at times they were covered with beautiful yellow flowers. 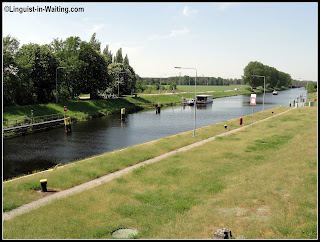 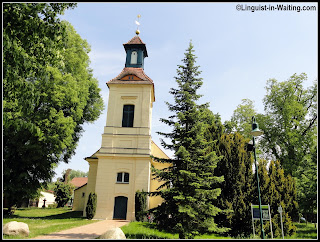 I saw the Havel Canal lock, which raises or lowers the elevation of the boats that pass by. And when I reached Schönwalde, I saw the little village church. And a few more kilometres beyond that, I reached Hennigsdorf, which was my end point for the day.