A Voyage to Vietnam: Attending an Ethnic Minority Wedding

While we were in Kon Tum, we wanted to check out the minority villages that are to be found in the area. Our guesthouse actually was offering a cultural tour which we could book, so we were interested in it. However, it turned out that the regular guide for that was rather busy for the next day. It turns out that it's actually his wedding, so he couldn't take us to the standard itinerary. However, it was alternatively suggested that we join him in his wedding day instead. The idea was to check out his village (instead of three villages as is typically done in the tour) and partake in the wedding ceremony. We said yes.

It was a very anthropological experience, I must say. We prepared some gifts, in the form of boiled eggs. We were also told that we should prepare ourselves because there would be plenty of drinking involved. Sure enough, there were plenty of fermented rice wine called rượu cần which we drank all day long. And there was also gooey rice, papaya salad, and fried pork meat and blood. 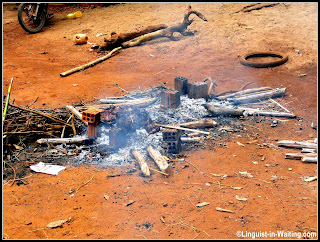 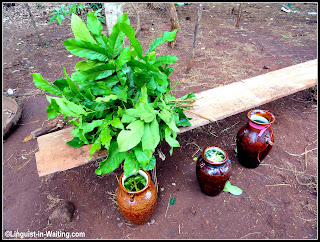 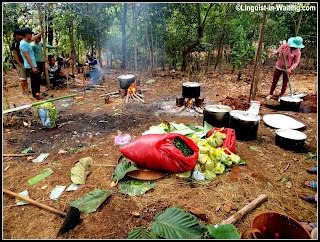 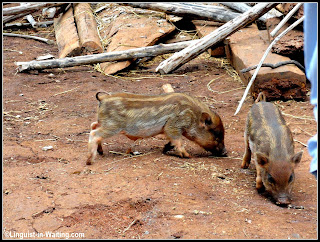 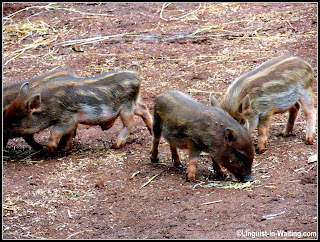 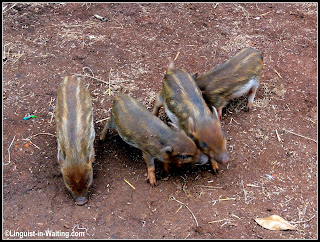 This was indeed a very rural place. We took off from our guesthouse in the mid-morning, riding motorcycles for a considerable distance. Then the road turned into a dirt road, and we were bouncing up and down amongst the coffee plantations, until we reached a small village where there were plenty of people doing something. There were also small pigs. 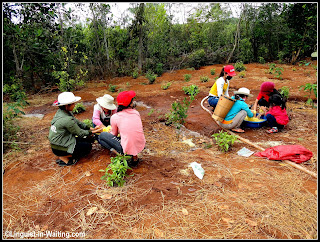 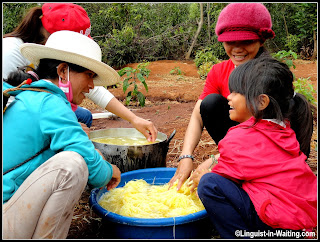 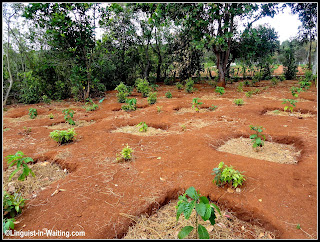 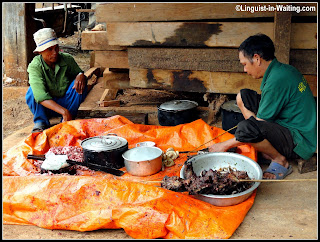 Women were preparing papaya salad, and men were slaughtering and cooking meat. 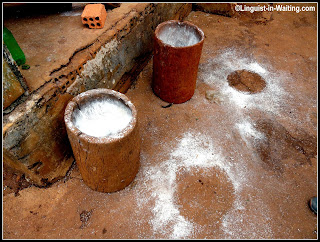 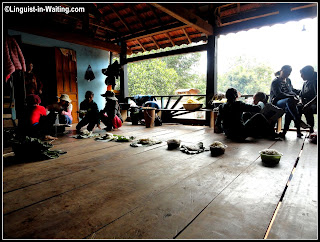 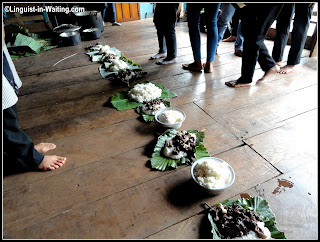 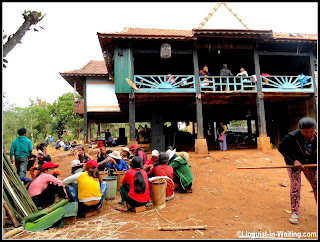 There was going to be eating, followed by drinking. When the food was ready, we were all called to the elevated long house, where rice, gooey rice, and fried pork blood and pork meat were served on banana leaves. We were all invited to eat, by simply plopping down on the floor and eating with our hands. 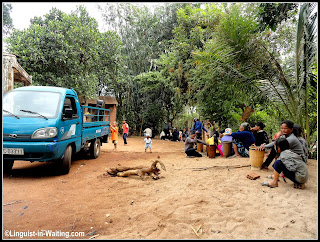 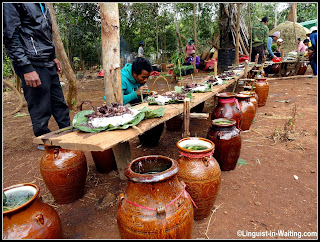 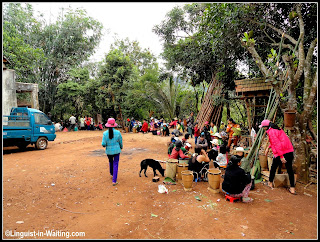 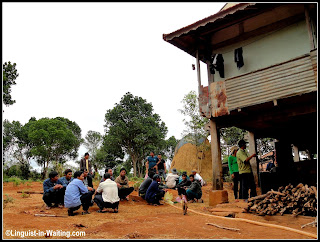 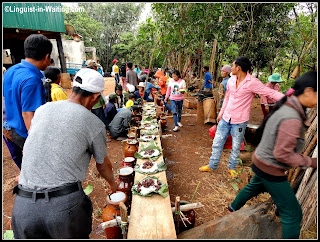 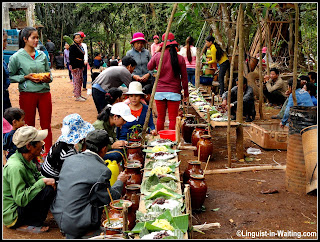 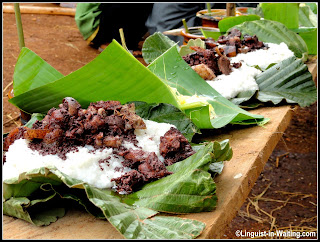 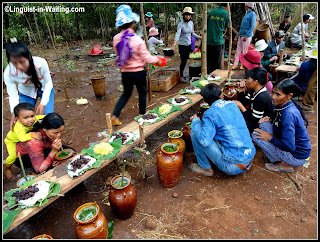 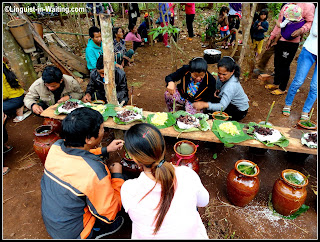 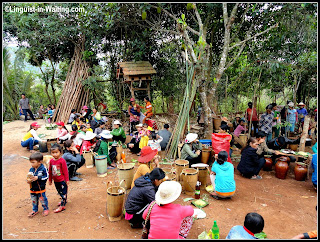 After eating, people descended to the ground, and the drinking began. Each family is more or less represented by one ceramic jar, and each jar contains rượu cần that is brewed by the family. Each jar tastes slightly different, I must say. And all guests have to drink from each jar. So yes, you will get drunk. The thing is, it is an honour to drink from a jar, so if they invite you to drink from their jar, they will be greatly honoured if you do so. Indeed, my arm was pulled by so many strangers who wanted me to drink from their family jar, even if we couldn't even talk to each other given the lack of a common language.

The food that is positioned in front of the jars is the same as earlier, but it's there just so that people can eat if they wanted a break from the drinking. And yes, given the amount of alcohol, you will need some pork blood to take a break.

There is one aspect here that I didn't take a photo of. Somewhere in the long house, in a private room, there stands two jars of rượu cần. These are the jars of the groom's family and the bride's family. Each guest goes here one at a time, and drinks from both jars. There's also some special food served next to it: fancier pork meat, as well as some vegetables. The host of the event invites every guest to drink, and sure enough, we were also invited.

It was a very interesting day, I must say. It reminded me of the month-long field trip I took in rural Philippines back in 2004, as part of my studies. I didn't turn out to be a field linguist, but indeed I was trained for it as well. And this experience reminded me of it.

It's not for everyone, but I must say I did enjoy it!