While I was in Girona, I visited several historical sites. One of the first places I checked out was the Monestir de Sant Pere de Galligants, a Benedictine abbey on the edge of the Old Town of Girona. This compound was built in 992, and is now the home of the Archaeological Museum of Catalonia. When I was in town, there was a flower festival, which made access to the building free, but also with flowers. 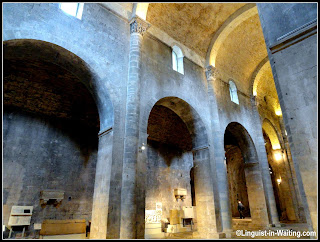 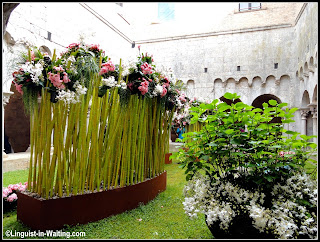 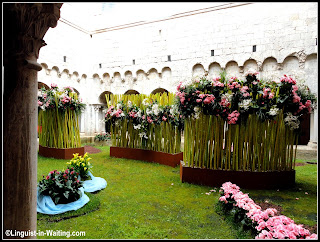 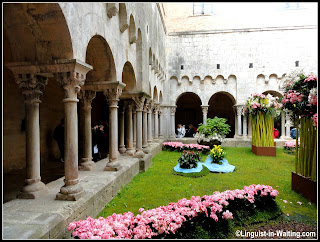 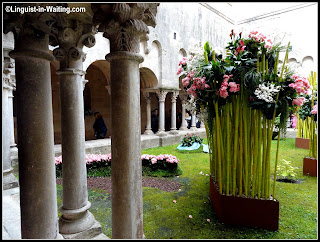 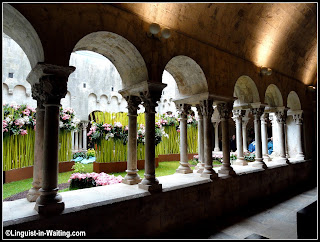 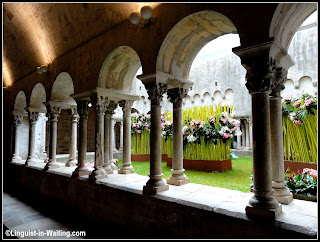 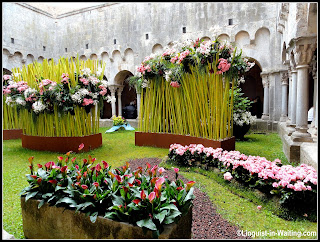 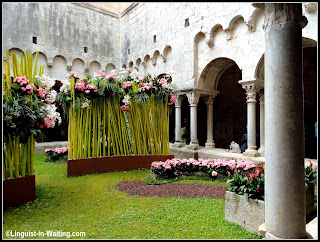 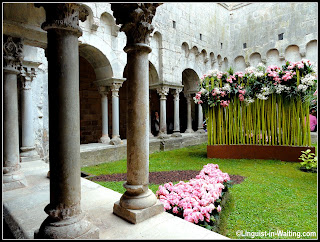 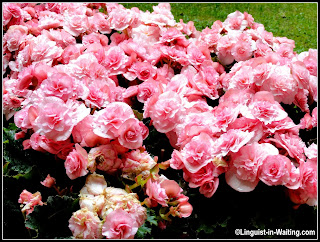 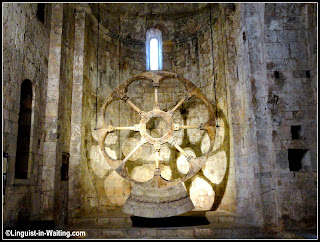 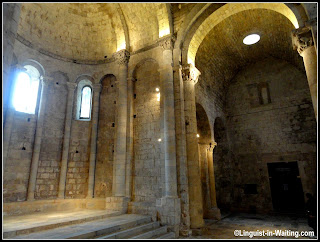 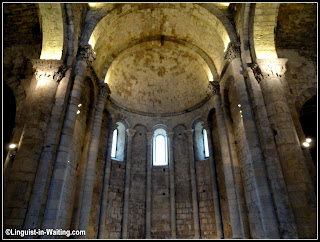 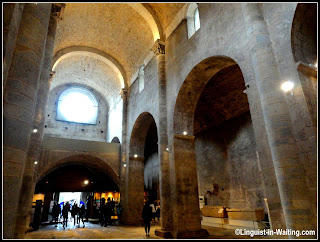 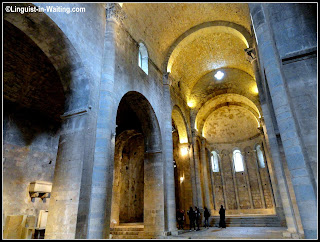 There is a very quaint cute cloister, but unfortunately there were quite a few visitors crowding the whole place, given that there's a flower festival and everyone was just so into flowers during that time. As you can see in my photos above, there's plenty of flowers on display in the cloister. This cloister is actually a very good specimen of Catalan Romanesque architecture.

There is an austere skeleton of a church that now serves as an exhibition space. There were some archaeological displays, but for the most part, people were interested in the flowers. I do recommend checking this out, but perhaps it's better if there's no massive festival going on.