After visiting the MNAC, I was walking down the hill, and saw a very interesting building, due to its radical design. It looked very wide and spacious, and if it were a house, I would not want to live there because the space looked so open. It turned out to be the German Pavilion for the 1929 International Exposition, which was designed by Ludwig Mies van de Rohe, a Modernist architect.

I decided to check it out. After all, I have been to at least two other buildings by Mies van de Rohe: the Neue Nationalgalerie (which is currently closed for renovations), and the Mies van de Rohe Haus, which was the architect's own home in the outskirts of Berlin. In both buildings, I had the impression that the space was very wide open and unconstrained. Of course, the same feeling can be had in the German Pavilion. 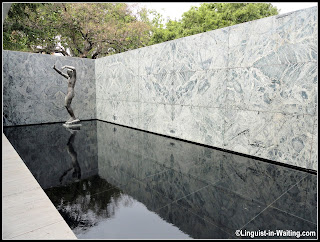 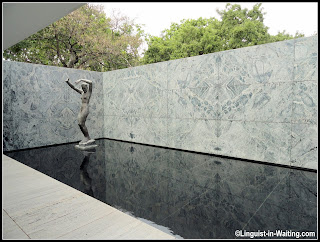 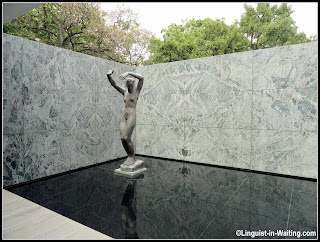 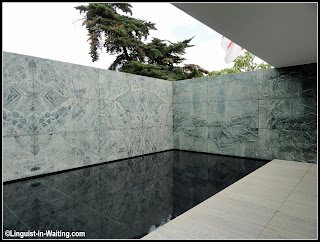 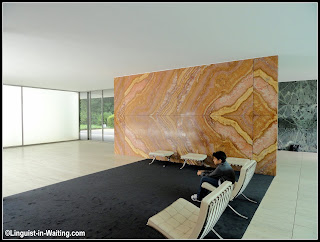 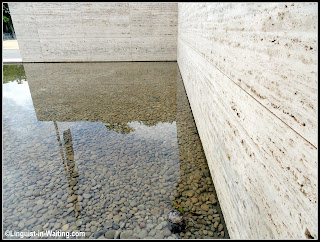 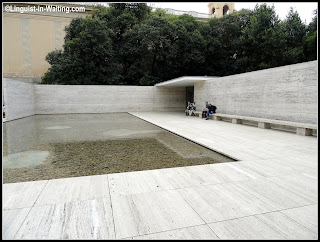 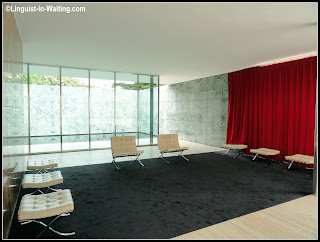 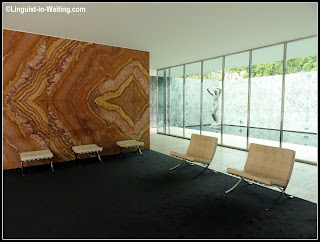 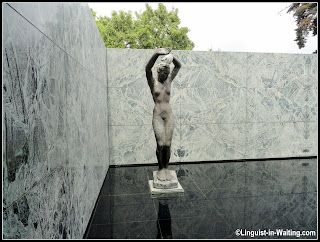 It isn't a house, so the space doesn't allow for privacy. There's liberal use of marble, and there's also a statue of Georg Kolbe's "Alba" in an inner reflecting pool. It's a very serene place, and is worth checking out for a little bit.

The interesting thing is that when it was built in 1929, less than a year later it was demolished. After all, the International Exposition wasn't meant to be a permanent event, so the pavilions were destroyed afterwards. However, there was a push to make the German Pavilion a permanent structure, so using photographs and other records, the building was reconstructed, and functions a museum currently.